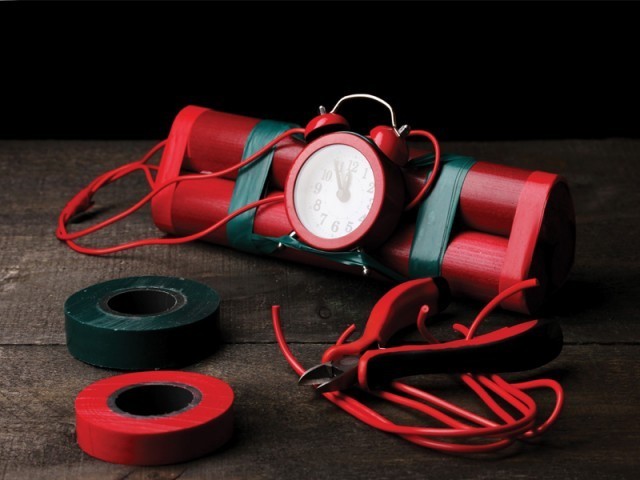 Thousands of worshippers escaped death by the whiskers yesterday when two bombs, one in a toilet, were found and destroyed at the Evangelical Church of West Africa (ECWA) situated at Tudun-Wada in Jos, Plateau State.

The incident happened about 9a.m on Sunday while the service was going on.

A member of the church told newsmen that no casualty was recorded in the incident, which created commotion, among members.

“Security men moved in immediately and luckily there was no casualty. One of the bombs exploded in the toilet, while the other one was at the back of the church.”

Hallmark learnt that a security guard averted what would have been a high casualty from one of the bombs planted in the church.

A witness said that the church was filled with worshippers when the private security guard spotted the bomb at the entrance, witnesses disclosed.

“The guard picked the bomb and threw it off the church before it exploded instantly. No one was killed from the explosion, although the guard sustained injuries on the leg and is currently being treated”, the worshipper said.

Another witness said the police anti-bomb squad, on arrival, discovered another explosive device that was planted at the restroom of the church.

The police, while confirming the failed attack, said no one was killed from the explosion. The state Police Public Relations Officer (PPRO), Abuh Emmanuel, said that anti-bomb experts were promptly deployed to the scene.

“Experts were sent there immediately to ascertain those who planted the explosion, and possibly, the manufacturers of the device. But I was told no one died in the incident,” he said.

A similar incident led to the loss of six lives at a branch of The Redeemed Christian Church of God (RCCG) in Potiskum, Yobe State, last week Sunday.

In another related development, suspected Boko Haram militants launched an attack on the prison in the southern Niger town of Diffa late on Saturday, military sources said, in an apparent bid to free fellow members of the Nigerian Islamist group held there.

Three of the assailants and one soldier were killed before the attack was repelled, the sources said. Boko Haram also attacked the prison in February.

“When the attack was repelled, the assailants fled, probably back into the town,” one military source said. “We are searching for them.”

A second military source said the attackers may have been residents of Diffa, as no one had seen them enter the town.

Boko Haram is seeking to carve out an Islamic state in North East Nigeria. Despite losing territory to an offensive by regional militaries this year, Boko Haram has carried out a wave of deadly attacks in Nigeria, Chad and Niger in recent weeks.

The group has sworn allegiance to Islamic State (IS), which has declared an Islamic caliphate in the large parts of Iraq and Syria that it controls.