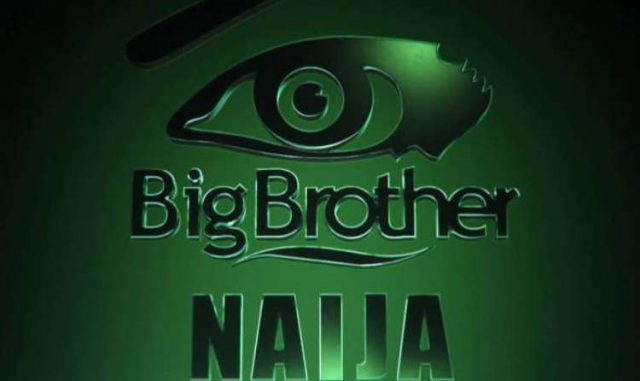 …as public outcry grows against it

As far as the Nigerian youth is concerned Big Brother Naija reality TV show is the most important event going on. Wherever and whenever two or more young Nigerians are gathered in a decent environment, they are discussing about Big Brother Naija. It is the rave of the moment. It is a show that has to do with riches and instant fame. That is why many young people are attracted to it.

This is Season Four of BBNaija. The first season was in 2006 held at Ikeja GRA, Lagos. Eleven years later, the second season of Big Brother Naija called See Gobe was organized. This time around it was held in South Africa which drew criticisms from Nigerians. With time, people got over it and enjoyed the show.

The winner of the 2017 edition of Big Brother Naija was Efe Ejeba who got the grand prize of N25 million. The show has only gotten bigger as last season proved to be better than the first two seasons. This year’s edition is even bigger than the last edition in both participation and prize.

On the day Season Three started, there was the Grammy award that night. On twitter, Big Brother Naija was the number one trend ahead of an event as big as Grammy award. That showed that millions of people across Africa were viewing it.

Last season was called Double Wahala because two housemates were paired. Everyone had a “strategic partner.” Each housemate was evicted with a partner as long as the pairing lasted.

While there were 10 housemates in Season Two, Season Three had 20 in number. It did not take long for viewers to enjoy the show as one of the housemates Kbrule jumped down from a balcony two weeks ago after excessive intake of alcohol. Many of the housemates alleged that he did that because he was jealous that Anton who he loved, kissed Lolu. Kbrule however denied that. He said, “I just felt like jumping from there. It had nothing to do with my feelings for Anton and the kiss she gave Lolu.

There was also the story of Tobi Bakre and Cynthia Nwadiora aka CeeCee who were strategic partners. The two were the most talked about housemates because of the way Cee C ‘controlled’ him initially. Wherever Tobi went, Cee C followed. Tobi was also fond of begging her as if his life depended on it whenever she felt offended for reasons best known to her. As a result, Tobi became the butt of cruel jokes on social media. Few weeks later, they were no longer strategic partners and thing went sour between them. Tobi went from a lover boy to an enemy of CeeC.

Miracle Igbokwe Ikechukwu was the winner of the show. He won the prize of N45 million and an SUV after competing with 19 other housemates.

This year’s edition which is the Season Four, is titled, Pepper Dem and it is being sponsored by Bet 9ja. There were 21 housemates at the beginning of the show. Two housemates named Avala and Isiloma have been evicted, remaining 19 housemates.

What many cannot still understand is what Seyi Awolowo is doing in this show. Seyi is the grandson of the late Obafemi Awolowo, a Nigerian nationalist and statesman who played a key role in the country’s independence movement. Many viewers are of the view that he is very comfortable given his background and should not be part of this show.

Perhaps the biggest shock of all is the participation of Mike Aireyys, England’s first black cigar company owner. Apart from owning a cigar company, he is also an Olympic athlete. He is a rich man.

Barely two weeks into the show Omashola Kola Oburoh who is the oldest housemate at 38, has become the fans favourite. His diary sessions with Biggie have been trending on social media. Unlike last season, this season will be extended by one extra week taking the new season to 99 days in total.

The prize is N60 million plus other benefits. Ebuka Obi-Uchendu, the host of the last two Big Brother Naija editions, is also the host of this season.

There have been complaints in the past about the obscenity of the show. Before Big Brother Naija debuted in 2016, there was Big Brother Africa. In Big Brother Africa, there is shower when housemates are shown having their baths in the bathroom. Oftentimes they are naked. It raised a lot of eyebrows, especially in Nigeria.

The straw that broke the camel’s back was Nigeria’s Beverly Osu sexual act with fellow housemate Angelo from Tanzania. She was caught on camera severally with the Tanzanian in the bathroom. Nigerians kicked against the immorality of the show. As a result, Big Brother had to cancel shower hour from the Nigerian edition.

BusinessHallmark spoke with some Nigerian youths on what excites them about Big Brother. Chimezia Okafor who is a year one student at the University of Lagos said, “It is a reality show. Most reality shows do well. Many people can actually relate with the characters.”

Halima Zakari said “To me it is just for us to escape from reality. If you check the papers, you see depressing stories. Big Brother has given people that opportunity to relax their minds.”

For Tosin Adebayo “People love success stories. Big Brother Naija is an inspiration to many youths. It gives hope to youths out there that one minute you may be nobody and the next minute you could be somebody in life. It is a life changing experience for the housemates and it is something every young man wishes for – over night fame!”

Last week the Muslim Rights Concern (MURIC) urged the federal government to immediately place a ban on the show. MURIC described the show as “immoral, dangerous and Bohemian.”

Professor Ishaq Aintola, Director of MURIC also said the promoter of the show must be held accountable for promoting immorality in the country.

“We are being forcibly dragged to a world of nudity, shamelessness and open promiscuity. Inmates of BBNaija kiss, romance and engage in sex openly. BBNaija is Bohemian, anti-social, crude and immoral. It constitutes a potent danger to every home. BBNaija is Satanic. It is unacceptable.

“Where are our norms and values? Is it part of African culture to engage in sex in the open? Where are the authorities? Is the Ministry of Information and Culture sleeping? Is the National Orientation Agency on sabbatical? Who will protect our children from this despicable onslaught? Who did this to Nigeria?

“This reality show is dragging our children into a life of moral debauchery. It is robbing them of the last vestiges of honour. It is deleting the word ‘shame’ from their vocabulary. BB Naija has alienated our youth from the elders. A yawning lacuna now exists between the young and the old. Irreversible social crisis looms,” he posited.

An Islamic scholar and a member of MURIC, Nurudeen Lawal who is based in Ilorin, Kwara State gave his views on the call to ban the reality TV show. While speaking with BusinessHallmark he said, “Society is in a deep mess. Materialism has taken over. We no longer have values. While our leaders are busy amassing wealth, young people are becoming more and more immoral”.

“There was nothing wrong with what MURIC said. I am very certain that only a few people read the statement. Nigerian youths are so lazy that they don’t even read anymore. I urge the Christian leaders to help us rid the society of this immorality from the Western world. It is not everything from the West that we must copy. We can copy the good and reject the bad. If you look at all the comments in support of Big Brother, they are coming from Christians.”

When asked if Muslims also watch Big Brother.  The scholar replied, “Muslims also watch it. I won’t deny that. But they know it is wrong. They can’t come out to justify it. The manner in which people openly try to justify immorality these days shows that the devil has taken over. We Muslims can’t fight this evil alone. We need leaders of the Christian faith to join us in this battle.”

“Let us even put aside religion. Is this our culture as Nigerians or Africans?” he asked.

BusinessHallmark spoke with some Nigerian youths to find out what excites them about Big Brother. Chimezia Okafor who is a year one student at the University of Lagos said, “It is a reality show. Most reality shows do well. Many people can actually relate with the characters.”