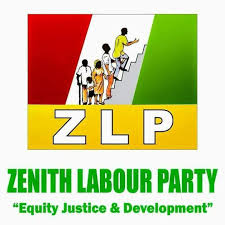 Candidate for Zenith Labour Party (ZLP) in the July 16th governorship election in Osun State, Engr. Olufemi Adesuyi, has assured the pensioners in the state of better days if he is elected as the governor of the state.

Adesuyi who berated the way and manner pensioners in the state were been treated, said there are better ways to alleviate the suffering of the aged people who have served their fatherland with all their strength and are supposed to be enjoying the benefits of service.

The ZLP candidate stated this while speaking with newsmen in Osogbo against the backdrop of pensioners agitating for their demand from the government.

He said the senior citizens don’t deserve the treatment being meted out to them by the current government.

According to him, “Payment of Salary, Pension, and Gratuity is a statutory function of the government. Oyetola should stop playing politics with life of people and making it seem like he is doing the pensioners a favour with his modulated payment.This is an act of failure as state government”

“Most of these pensioners are supposed to have received thier gratuity since 2012, instead of this government to pay them thier entitlement, they are being paid in trenches of N100k and later N200k once in a year. The worse is that they will potray it as if they are doing them favour. What a callous government.”

“The scripture says, afficlition will not rise second time. The government will never come back. It is our responsibility, we can do it, let us all come together and vote them out come 16th July by God’s grace”

Adesuyi assured the people of the that his government will take adequate care of Senior citizens as number one priority.