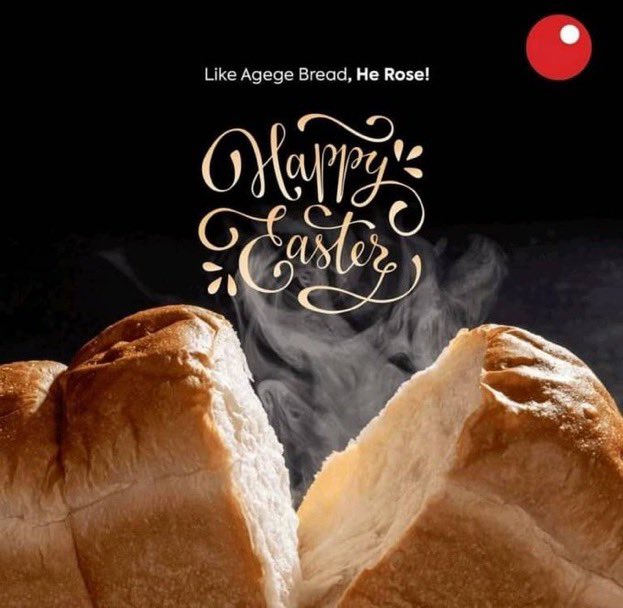 The Advertising Practitioners Council of Nigeria (APCON), has vowed to sanction Sterling Bank over an Easter message to Christians which compared the resurrection of Jesus Christ to Agege bread.

Sterling Bank had in an Easter message to Christians, said Christ had risen, just like Agege bread, an attempt to draw an analogy between the resurrection of Christ which Christians celebrate on Easter Day, and the rising of bread when subjected to heat.

The message did not go down well with many who took to social media to attack the bank, forcing it to tender an apology.

Reacting to the controversial message, ABCON in a statement by Dr. Olalekan Fadolapo, its registrar and chief executive, said it “has observed with displeasure the insensitive and provocative Easter celebration advertisement by Sterling Bank Plc which compared the resurrection of Christ with Agege Bread.”

According to the body, “The distasteful advertisement was neither submitted nor approved for exposure by the Advertising Standards Panel (ASP), the statutory Panel charged with the responsibility of ensuring that advertisements conform with the prevailing laws of the federation as well as the code of ethics of Advertising in Nigeria.

“APCON will take necessary actions to ensure that Sterling Bank is sanctioned for the exposure of such offensive advertisement according to law and that no religious belief or faith is ridiculed or any blasphemous advertisement exposed in any guise.”

Meanwhile, many Nigerians have taken to social media to attack the bank over the message.

“Comparing Jesus Christ with Agege bread is the height of blasphemy..Sterling Bank must atone for its levity…Jesus is forgiving and long suffering but that does not obviate the need for atonement,” wrote a user, Ken Ugbechie, @KenUgbechie

Another user, King Abayomi, @Yhormite01 wrote, “Sterling Bank wants to release a message to celebrate our Lord and Savior Jesus Christ guess what they say? “Like Agege Bread, He’s Risen”

“Christianity is the most disrespected religion in the universe.. They can’t try that with the other religions..”

On his part, DAMZY, @Segun_Odunayo, said “‘Like Agege bread, He rose’ – every single person involved in the thought process and actual act of sending such a message yesterday from Sterling bank to all their customers deserve to be queried. Every single one of them.”

Another user, Morris Monye noted that the the message, was “very unfortunate from Sterling.”

This is very unfortunate from Sterling Bank. pic.twitter.com/OCUplUZKka

Praize Emeka, @praize_emeka, on his part, said, “This is totally insensitive. Call me over zealous but omo comparing the death of Christ to agege bread is insultive.”

Also condemning the message, SENIOR ADVOCATE, @COCOPACOPIACO1, accused the bank of being insensitive and bigoted.

“Does anyone still need proof that @Sterling_Bankng is a Christian-phobic, insensitive and religiously bigoted company? Comparing the resurrection of the Lord Jesus Christ to Agege Bread! Like seriously?” the user wondered.
“Not surprised though. Sterling Bank was always part of the Islamic Agenda of it’s Muslim owners and would do everything to satisfy their benefactors. Imagine making such an advertorial for Prophet Mohammed this Holy Month of Ramadan. The country will simply burn. Nonsense!

Another user said, “Dear @Sterling_Bankng, it is very insensitive to compare the Resurrection of our Lord Jesus Christ to Agege Bread. You won’t dare this with Islam. Withdraw that message now and apologize.”

The wave of criticisms forced the bank to apologize, asking, in reference to the Bible, that let he who never sinned cast the first stone.

However, the apology failed to assuage many who insisted that it was done halfheartedly.

“First picture insulting the resurrection power of Christ Jesus. Giving a comparison with Agege bread. Sabi Agege was accused, tortured, crucified, died for the sins of who believed. Secondly picture giving us an apology and showing no remorse telling us we aren’t even qualified to… ” wrote Okeke Okechukwu, @amkingsleykk. 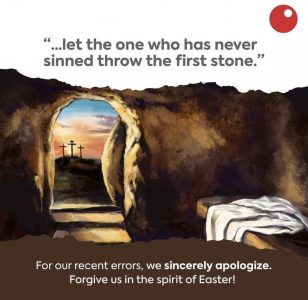