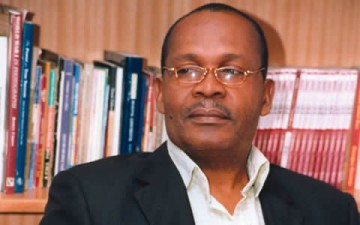 The Lagos State chapter of the All Progressives Congress said it owed its victory in the Saturday governorship poll to Lagos residents, who voted for its candidate to further entrench the culture of excellence in the state.

The APC on Monday, in statement by its Lagos State Publicity Secretary, Mr. Joe Igbokwe, said Lagos residents deserved thanks for not succumbing to intimidation from the opposition.

Igbokwe said the alignment between Lagos and the government at the centre would better the lot of the state.

He said, “Lagos APC appreciates Lagosians for their unflinching support, we celebrate their courage and steadfastness, we honour their patriotic disposition to continuity, we value so much their sense of judgement and the power of their strategic political decision at a time like this.

“In the face of harassment, intimidation and brigandage from the powers that be, APC lovers showed infectious and contagious love to the party and its leaders they have known for years now.

“APC lovers in Lagos did not succumb to blatant lies, hate campaigns, politics of the stomach, ethnic and tribal politics and politics of naira, dollar and pound sterling.

“They were not swayed because they understand what is at stake. They did not see these inducements as low hanging fruits to take advantage of. They were smart, courageous and determined to use the power of votes to sustain the intelligent leadership and governance in Lagos.”

Igbokwe added, “We appreciate Lagosians for understanding the urgent need at this critical point in the nation’s history to connect Lagos effectively to Abuja. Lagosians saw this great opportunity and grabbed it with both hands and the rest is now history.

“We have no doubt in our mind that the synergy between Abuja and Lagos will add great values to the project Nigeria and consequently make our country to remain credit positive in many years to come.”