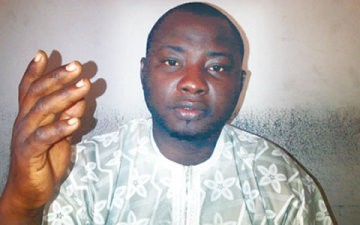 The Peoples Democratic Party has raised the alarm that the All Progressives Congress is planning to rig Saturday’s governorship and House of Assembly elections in Lagos State.

The party also claimed that a support group of Governor Babatunde Fashola, Lovers of Raji Fashola, had thrown its weight behind the PDP governorship candidate, Mr. Olujimi Agbaje.

The Lagos PDP Publicity Secretary, Mr. Taofik Gani, told our correspondent that apart from LORAF supporting the party, at least 13 political parties were working with the PDP to ensure that Agbaje wins the governorship poll.

Others are the All Progressives Grand Alliance, United Democratic Party and the Social Democratic Mega Party.

On Thursday, the Conference of Nigerian Political Parties, Democratic People’s Party, Progressive Peoples Alliance, African Democratic Congress and the National Conscience Party were at the PDP secretariat at Ikeja in Lagos to express their support for the party and Agbaje ahead of Saturday’s polls.

“There are three other political parties who are working with us to ensure victory at Saturday polls but I won’t disclose those three parties,” Gani said.

The Lagos State chapter of the PDP also alleged that APC had devised a plan to resort to violence if its governorship candidate, Mr. Akinwunmi Ambode, was not declared winner of the governorship election.

According to the PDP, its intelligence report reveals that the APC has recruited thugs and some persons who will impersonate National Youth Service Corps members, security agents and Independent National Electoral Commission personnel in order to manipulate the elections in favour of APC.

“These persons will wear the uniforms of youth corps members, various security agents and be present as official INEC electoral officers. The APC has concluded plans to deploy these impersonators to identified polling units where the official INEC officers, security agents and corps members will be compromised to concede their functions. Some official officers for the elections will not even appear at their units in order to allow the impersonators function as electoral officers,” Gani alleged.

The PDP therefore called on INEC, security agencies and the NYSC to paste the names of the officers for each polling unit to prevent the planned impersonation.

“As a party, we have trained our agents to be vigilant and any manipulation at polling units or at any stage of the electoral process shall be repelled,” the Lagos PDP spokesman added.