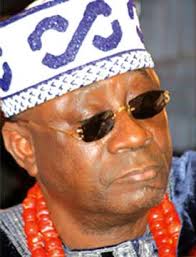 Ndigbo Lagos, the umbrella body of all Igbo organizations in Lagos has called for a public retraction of the statement credited to Oba RilwanAkiolu, and an unreserved apology from him (Oba) to the Igbo community and other people in Lagos state that his statement affected.

In a press release signed by President-General of Ndigbo Lagos, Prof Anya O Anya and Deputy President, EmekaUgwuoju, Ndigbo Lagos demanded for an assurance and guarantee of lives and property of Igbo and other citizens of Lagos by the state government now and thereafter.

The release said “we were surprised and shocked at the recent statement attributed to the highly revered and respected Oba of Lagos, Kabiyesi, His Royal Majesty, Oba RilwanAkiolu, at his IgaIdunganran palace on the 5th of April 2015 when a group of honorary Ezes of Ndigbo in Lagos paid him a courtesy call.

“The statement which is on video and has since been published in the regular media and also gone viral on social media has the following pronouncement, inter-alia, from the Oba: “On Saturday, if any one of you goes against Ambode who I picked, that is your end. If it doesn’t happen within seven days, just know that I am a bastard and it’s not my father who gave birth to me…For the Igbos and others in Lagos, they should go where the Oba of Lagos heads to…If you do what I want, Lagos will continue to be prosperous for you, if you go against my wish, you will perish in the water…”

Ndigbo Lagos said they have decided to draw the attention of Nigerians and indeed the entire world to the grave implications of the statement and the likely response it will elicit from his subjects. “We are aware that the stool of the Oba of Lagos is ancient and is regarded with reverence. Pronouncements by the Oba are construed divine-like and attract unquestioned loyalty from the followership. It is on this premise that the current Oba’s statements should be treated with the highest level of concern.”

“The Igbo and the Yoruba have had a long history of peaceful coexistence and generally share common dreams of a positive future for Nigeria. Based on this experience, we do not feel that the statement of the Oba is a true reflection of the mindset of Lagosians. As far as Ndigbo are concerned, we will continue, as we have always done, to be partners in progress with our fellow citizens and our brothers and sisters in Lagos, and we will continue to contribute our quota towards the peace and development of Lagos State in particular and Nigeria in general, it said.