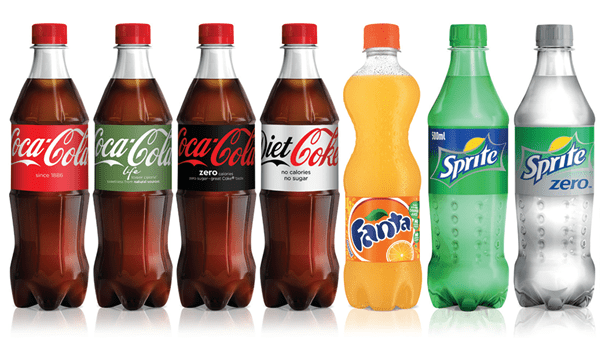 Harsh reactions have continued to trail the imposition of N10 per litre excise duty on locally produced non-alcoholic and carbonated drinks by the Federal Government.

It would be recalled that President Muhammadu Buhari had on December 31 2021, signed the amended Finance Act 2022 into law after it was passed by the two arms of the National Assembly.

However, the new Act did not attract much attention until the Minister of Finance, Budget and National Planning, Zainab Ahmed, made public the introduction of the new tax during a public presentation and breakdown of the 2022 budget a few day later.

Ahmed’s declaration led to a huge uproar, with many Nigerians, including labour unions, manufacturers and consumers speaking out against the policy.

The Nigeria Labour Congress (NLC) at the weekend asked the Federal Government to halt the plan, warning that the beverage sub-sector will be losing sales revenue of about N1.9 trillion as well as Company Income Tax, Value Added Tax (VAT) and Tertiary Education Tax (TET) of N197 billion as against the total projected receipts of N81 billion to government.

In a statement signed by the NLC President, Mr Ayuba Wabba, and made available to Business Hallmark, the labour union while arguing that the implementation of the duty will impose more hardship on Nigerians as well as possibly lead to loss of 1.5 million jobs, asked the National Assembly to urgently amend the vexatious section of the Finance Act.

While cautioning the Federal Government against allowing the situation to degenerate into a breakdown in industrial relations in the sector and the nation, the NLC noted that the food and beverage sub-sector had generated into the coffers of government over N202 billion as VAT in the past 5 years.

“On the 31st of December 2021, President Muhammadu Buhari signed into law the Finance Act. Some of the provisions of the Finance Act include the imposition of excise duties on locally produced non-alcoholic, carbonated, and sugary drinks.

‘’The reason offered by government for this decision was to discourage the consumption of sugar by Nigerians as it has led to an upsurge in obesity and diabetes. In a letter dated 27th November 2021, the Nigeria Labour Congress wrote to the President and Commander-in-Chief of the Armed Forces of Nigeria, President Muhammadu Buhari, GCFR and the leadership of the two chambers of the National Assembly pleading that government should suspend the implementation of the excise duties on non-alcoholic, carbonated and sugary drinks.

‘’The Congress provided a number of very cogent reasons why government should not go ahead with the decision to impose fresh taxes on soft drinks. One of the reasons was that the re-introduction of excise duties on non-alcoholic, carbonated and sugary drinks will impose immense hardship on ordinary Nigerians who easily keep hunger at bay with a bottle of soft drink and maybe a loaf of bread.

‘’Our concern is the mass hunger that would result from the slightest increase in the retail price of soft drinks owing to the imposition of excise duties as it would be priced beyond the reach of many Nigerians. Congress was also alerted by the complaint of manufacturers of soft drinks in Nigeria that the re-introduction of excise duties would lead to very sharp decline in sales, forced reduction in production capacity, and a certain roll back in investments with the certainty of job losses and possibly shut down of manufacturing plants.

‘’With 38% of the entire manufacturing output in Nigeria and 22.5% share representation of the entire manufacturing sector in Nigeria, the food and beverage industry is the largest industrial sub-sector in our country. The food and beverage sub-sector has generated to the coffers of government N202 billion as VAT in the past five years, N7.3 billion as Corporate Social Responsibility and has created 1.5 million decent jobs both directly and indirectly.

‘’The appeal to rescind the re-introduction of excise duties on non-alcoholic drinks becomes even more compelling when the projected immediate revenue expected from the policy is weighed against the potential long-term loss to both manufacturers and government. The beverage sub-sector will lose 40% of its current sales revenue.

‘’This translates to a loss of N1.9 trillion. While the government will only make total projected receipts of N81 billion from the proposed reintroduction of the excise duties. Government also stands to lose N197 billion in VAT, Company Income Tax and Tertiary Education Tax as a consequence of expected downturn in overall industry performance should the excise duties be effected as being planned.

‘’In light of the foregoing, we ask the National Assembly to quickly amend the sections of the Finance Act that re-introduced excise duties on non-alcoholic and carbonated drinks.

‘’Finally, we demand that Government should engage Employers in the subsector and Organized Labour in sincere discussions on other options that can deliver a mutually satisfying win-win solution to this issue. We hope that the current situation will not be allowed to degenerate into a breakdown in industrial relations in the sector and generally in the country”, the NLC president warned.

Also in its reaction, the Manufacturers Association of Nigeria (MAN) kicked against the imposed tax on all non-alcoholic and carbonated beverages.

The Director-General of MAN, Mr. Segun Ajayi-Kadir, said the implementation of the duty will cause a 0.43 per cent contraction in output and about a 40 per cent drop in total industry revenues in the next five years.

While explaining that food and beverages contributed the highest at 38 per cent of the total manufacturing sector quota to the nation’s Gross Domestic Product (GDP), the MAN boss stated that the sector comprised 22.5 per cent of manufacturing jobs and generated more than a 1.5million jobs.

“One is particularly worried about the ripple effect on the introduction of the excise duty, despite strenuous evidence-based advice to the contrary.

“This will have an unpleasant impact on employment, households and consumers. As seen from previous impact analysis, excise duty affects production outputs, revenues and profits.

“This causes companies to pursue cost-cutting measures to reduce the effect of diminishing revenue and profits by reducing employee salaries or retrenchment.

“So, this excise duty would certainly cast a sunset to this performance. Nigeria is the 6th highest consumer of soft drink, but per capita consumption is low.
“Introducing excise will easily reduce production capacity causing manufacturers to struggle to meet investor commitments as well as cause investors to make investments in other countries.

“A decrease in production levels or ability to purchase raw materials as a result of the introduction of excise tax will result in reduced profits for the supply chain players in the non-alcoholic beverage sector.

“What is not realized by many is that excise tax begets high production costs which in turn adversely affect production levels and intimately results in dwindling profits.

“This will grossly impact the small and emerging business owners in the non-alcoholic beverage sector,” MAN argued.

In it’s own submission, the Nigerian Association of Chambers of Commerce, Industry, Mines and Agriculture (NACCIMA), insisted that the introduction of the duty was ill-advised.

“It is not a good direction to go at all and we sincerely hope that they would reconsider,” said NACCIMA’s Director General, Ambassador Ayoola Olukani.

In the same vein, the Lagos Chamber of Commerce and Industry (LCCI), warned that the increase in prices could lead to a decrease in demand and loss of jobs due to a reduction in production activities.

“If the president insists he wants it, we have to oblige him. The prohibition on imported drinks should be better enforced to protect domestic production from unfair competition in the face of the high cost of production in Nigeria,” the Director General of LCCI, Chinyere Alomona, advised.

Also speaking, the immediate DG of LCCI, Dr. Muda Yusuf, said the introduction of the tax would work against the economic recovery and job creation plans of the Federal Government.

Yusuf, who is the Chief Executive Officer of the Centre for the Promotion of Private Enterprise (CPPE), said if the new tax is implemented, many small businesses in the beverage sector would be adversely impacted.

“The millions of micro enterprises in the soft drinks’ distribution chain will be adversely impacted by the imposition of the excise tax. This is detrimental to the job creation and poverty reduction commitment of Mr. President,” Yusuf warned.

FG promises to end petrol subsidy in June 2023, one month after Buhari’s exit

August 19, 2022
Zainab Ahmed, Nigeria's minister of finance and national planning has disclosed that the Federal Government had now proposed a new date to end...