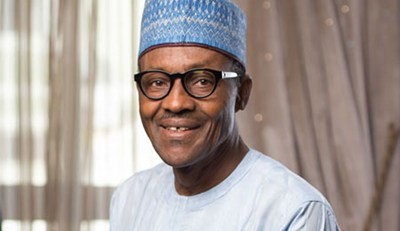 Buhari, however, admonished Umana to follow due process and stay away from unconstitutional acts in the pursuit of  his case.

Speaking when a delegation of the APC caucus met him in Abuja, the president-elect said the truth could not be covered. The delegation included Umana Umana, former governor of the state, Obong Victor Attah, former Minister of Petroleum, Obong Don Etiebet, Senator Ita Enang and Dan Akpan of the House of Representatives.

Buhari said his government would focus on fighting corruption, generation of employment and restoration of security in the country.

“I am glad that you have gone to court too because you believe in the system as the right place to fight for your right and the right of the people you represent. I have appealed three times and arrived at the Supreme Court not because I believe the system had changed, but this time around, in your own case, you were still denied even with the use of Permanent Voter Cards (PVCs) and the card readers, that means they will never stop lies because the essence of the system itself is to protect the interests of the parties, the candidates, whether it is the local government elections, House of Assembly, governorship, House of Representatives, Senate etc, there is need to go to the constituency, educate them, beg for their  support and understanding. Let them know the real essence according to law to choose who they want to choose otherwise we are wasting our time. I stand for that. So, the point I want to make here is that the problem of Nigeria is not ethnic or religious, it is corruption.

“This is what we are fighting, that is why corruption is number three in my campaign. The first one is security, the North-East, the Delta area where people are kidnapped and ransom are being demanded, which people cannot afford. The second one is unemployment; 60 per cent of Nigerians are youths, most of them, whether they went to school or not, are unemployed and that is dangerous.

“So, we have to get the issue of the economy right to make sure the jobs are made available and we should try to kill corruption before corruption kills Nigeria. Let us practise what we preach as well. Who ever wins as a governor too has a lot of work to do, because corruption is fast becoming a culture.”

He cautioned against engaging in acts that would lead to loss of lives, promising to always stand with the people irrespective of their tribes.

Speaking, leader of the delegation, Umana regretted that the last elections  in the state were marred by irregularities. He said the situation led to loss of lives and large-scale harassment of residents of the state.

According to Umana, officials of the Independent National Electoral Commission (INEC) connived with the state government, security agents and the Peoples Democratic Party(PDP) to rob APC of victory in the presidential, governorship, National and state Assembly polls.

Umana said: “The people had hoped that there would be free and fair elections in Akwa Ibom State for them to vote and bring in APC government at both the state and federal levels, so that the lot of the people of the state would change for the better.

“However, it is a matter for regret and a point of great frustration that our votes for you in Akwa Ibom State were not allowed to count during the Presidential Election because of massive vote fraud and wanton violence.

“Your Excellency, we would like to report that the gubernatorial and House of Assembly elections held in the state on April 11 2015 witnessed even worse degrees of electoral fraud and violence, leading to many deaths and injuries. All the violence and electoral malpractices were perpetrated by a private army. When we got wind of the formation of the private army many months before the elections, we raised a red flag and petitioned appropriate authorities, but no action was taken to dismantle the machine of death and destruction put in place by the state governor. “

Culled from The sun