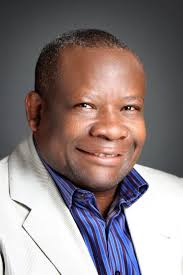 The Special Adviser to President Goodluck Jonathan on Research, Documentation and Strategy, Oronto Douglas, is dead.

Douglas, 49, a presidency source said, passed on at the State House clinic at 4.58am. Thursday.

The real cause of his death is unknown at this time, but the presidential adviser is said to have managed a terminal illness believed to be cancer related for some time, and had, from time to time, sought treatment abroad for prolonged periods.

Born in 1966, Mr. Douglas is regularly described as one of Mr. Jonathan’s most brilliant and influential aides, documenting the President’s achievements and legacies, and helping coordinate parallel media and campaign strategies for the presidency.

“He was one of those who had the most far-reaching influence on President Jonathan,” a presidential aide said.

A lawyer and committed environmentalist, Douglas was a commissioner for information in Bayelsa and was a delegate from the state for the 2005 National Political Reform Conference organised by the Olusegun Obasanjo administration.

He emerged one of the shining stars of that conference as the Niger Delta region pushed for improved revenue allocation to the area to mitigate the effect of oil exploitation.

Douglas’ last Facebook post was on March 8 when he shared the video of Jonathan’s interview with the foreign news channel, Al-Jazeera, in the run up to the March 28 presidential election.

“The conviction with which President Jonathan says “I Will Not Lose the Election’ is compelling almost to the point of prophecy. This is a President well connected to his people,” he wrote in what appears his analysis of Jonathan’s performance in the interview.

Meanwhile, reactions have continued to react to Douglas death.

President Goodluck Jonathan, in his reaction, expressed deep sadness over the death of his Special Adviser on Research, Documentation and Strategy.

In a statement by his Special Adviser on Media and Publicity, Dr. Reuben Abati, the President extended heartfelt condolences to the Douglas family and the government and people of Bayelsa State on the death of one of their most distinguished sons.

He noted that Douglas served his country, state and the Niger Delta region, passionately and diligently, during his years on earth.

The statement reads: “Oronto Douglas, who passed away after a protracted battle with cancer, was President Jonathan’s personal aide for close to a decade.”