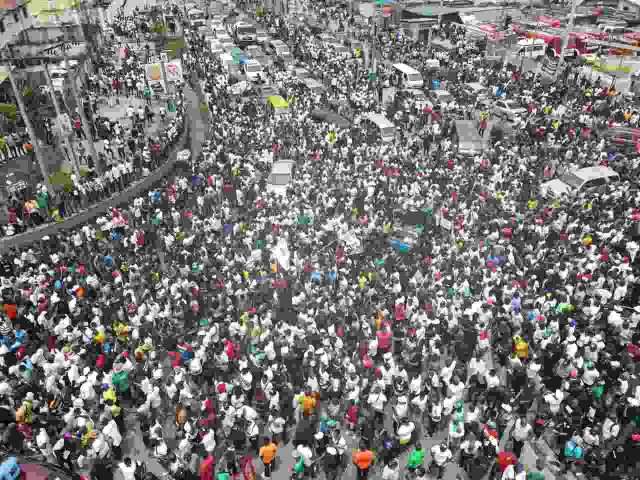 The National Secretary of the Labour Party (LP), Umar Farouk has said only Nigerians can stop his party’s presidential candidate, Peter Obi from winning the 2023 elections.

He spoke on Channels Television’s Politics Today on Thursday. Asked what could stop Obi from emerging Nigeria’s president in 2023, Farouk replied, “That is the docility of Nigerians not to select good leaders. If Nigerians feel that they want to continue with the old order, that they don’t want a good leader, a leader that is going to salvage the situation that is up to them.”

Farouk maintained that with the momentum of the Obidients as Obi supporters are fondly called in the country, the party is assured of victory, but insisted that the Nigerian people must decide that they are tired of the old order.

On the crisis rocking the Ogun State chapter of the party, Farouk alleged that some members of the party have compromised and allowed themselves to be infiltrated by outsiders.

He said that the petition from the a member of the Ogun State chapter to the National Chairman alleging financial mismanagement is not out of place as there have been many of such allegations even in the other parties.

The Labour Party National Secretary also said that the Ogun chapter of the party failed to follow the party’s constitution in its purported suspension of the Director General of the presidential campaign, Doyin Okupe which was why the national level voided the action.

While noting that it is normal to have issues in a political party, he advised leaders with grievances to always trust the internal conflict resolution mechanism of the party rather than going to the public to ridicule themselves and the party.