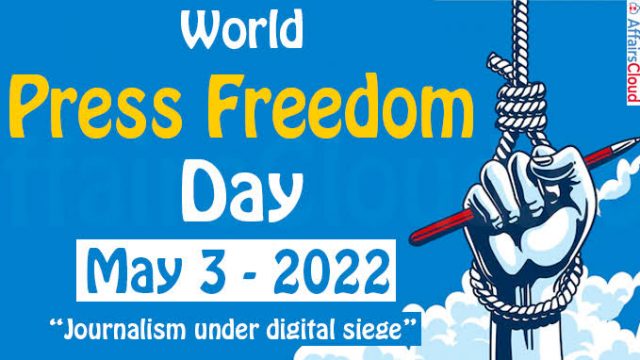 Ahead of the 2023 general elections in Nigeria, a panel of discussants in Umuahia, Abia state, has advocated for training of the political-class, especially those contesting for elective positions, on the role of journalists in the realization of the social contract during elections.

The measure will help to create a better understanding between the functions of a true journalist, the politicians and expectations of the general public.

During the one-day Summit organized by the Abia state chapter of the Nigeria Union of Journalists, NUJ, to mark the day, the panel was of the view that most politicians are ignorant of the actual role of the media, adding that misconception was responsible for why most politicians see the Journalist/ media-men as enemies or people who have come to expose their secrets; whereas the journalist is one who aims at putting facts to the public the exact way(clarity) it is or happened.

Speaking on the Theme: “Journalism Under Digital Siege”, the panel advised Government functionaries, institutions and corporate bodies to avoid situations where practicing journalists could be put under siege and gagged in the discharge of their lawful duties or Government Information- managers adopting a system of “dichotomy” in the use of journalists to cover Government House activities

In a lead paper to mark this Year’s Day, a university Don, Associate Professor Uwaoma Uche called for the streamlining of the responsibility of the National Broadcasting Commission (NBC), Nigeria Communication (NCC) and Nigeria Press Council (NPC) to include regulation of the digital and internet based media to ensure sanity in journalism practice.

Uwaoma , who is Head of Mass Communication , Gregory University, Uturu, said that most content creators of the internet and digital media are not trained journalists and may not understand the requirements of social responsibility which is a major reason of putting the journalism practice under surveillance.

In his view, Press Freedom, though fundamental like other freedoms, was not absolute. He stressed the need for the Nigeria Union of Journalists (NUJ) and other stakeholders to institute a framework to assess the performance of the various governments in Nigeria on Freedom of Information Act. He urged journalists to embrace adequate training in digital journalism to be able to reduce if not eliminate the activities of challatants parading themselves as emergency journalists on the social media space.

He warned conventional Journalists to purge themselves of uncertificated operators who pose as citizen and online journalists without the requisite training in journalistic ethics and social responsibility and noted that cultural and religious differences should not be used as a tool to limit press freedom.

In his contribution, a veteran journalist and former Secretary to Abia State Government, Chief Ralph Egbu cautioned practicing journalists in Abia State against setting the state ablaze through clannish and sentimental reportage in the face of heightened political activities.

Chief Egbu challenged journalists to refuse situations where they could be used to cause trouble in the state but be in the vanguard of promoting peace, tranquilty and good governance as well as take interest in law making through balanced reportage that would set agenda for both politicians and the public.

The veteran, who doubles as a former Commissioner for Information, Culture and tourism in Abia State, said that the struggle between press freedom and the so called siege would always be there but maintained that the work of the dutiful journalists would always speak for them.

He urged journalists to jettison laziness and take their pride of place while encouraging them to strive to own media spaces both digital and conventional media, stressing that such attempt would make the real practitioner to dominate the media space with verifiable reportage.

Chief Egbu and other contributors at the summit were full of praises for the Abia NUJ for organizing the World Press Freedom Day celebrations. They, however, called for more on-line training for Journalists to enable them perform their duties in- line with ethics of the profession, protect their sources as well as compete favourably in the contemporary world’s information dissemination- processes.

Earlier, the chairman for the occasion, Prof Anthony Agbazuere, called on the National body of the NUJ to work-out some welfare packages for their members.

He said the Abia state government would not discriminate against Journalists posted to Abia state to cover happenings in the Government House and entire Abia state.