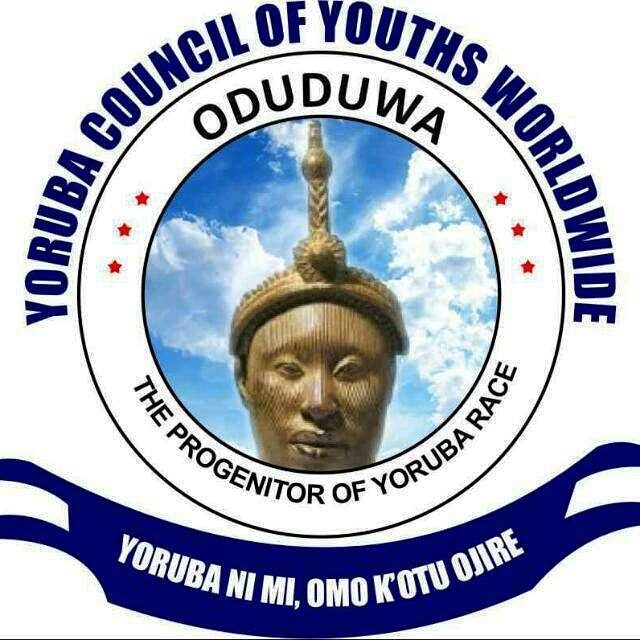 The Yoruba Council of Youths Worldwide (YCYW) has told the Coalition of Northern Groups to withdraw its “disrespectful” 30-day ultimatum to Southern governors and Federal government to implement Ruga settlements and offer apology to Nigerians in the interest of peace.

The group gave the charge in a communique issued at the end of its emergency meeting to address what it called the growing threat of Fulani herdsmen involved in kidnapping, killings and other violent crimes in the South West and beyond, and signed by its president, Aremo Oladotun Hassan.

YCYW wondered why the Northern Coalition would issue such threat and the rationale behind it.

“As Nigeria faces perilous times, we are compelled to address the state of insecurity and serial Fulani herdsmen and attacks on peasant farmers and kidnap of innocent people on our varous highways in Yoruba Land and nationally,” the communique read.

“We wish to also state our discontent with the recent 30 days ultimatum to Federal Government and Southern Governors by the Coalition of Northern Youths on RUGA policy, precipitating the urgent need to nip potential escalation in the bud.

“This has become necessary in view of the growing spate of hatred and bigotry in the land. The leadership of the YCYW acknowledges the historical roles of the stool of Seriki Fulani of Lagos State and Yoruba Land has played in ensuring peace, especially the current Seriki who has peaceful disposition and intellectual acumen.

“He is a man of many parts, from a father who shares a Yoruba step mother and Yoruba paternal brothers. Hence we condemn in its entirety the Northern Coalition Group’s disrespectful and unreasonable press statement of 4th July, 2019 on the self-serving 30 days Ultimatum, which the Seriki Fulani equally said he was highly disappointed in Yerima Shettima, President, Arewa Youth Consultative Forum and his cohorts of Coalition of Northern Youth Groups for putting up that show of shame and desecration of truth and peace, while he gave the assurance to ensure they tender unreserved apology and retract the illmotivated statements vide a press conference forthwith.

“The YCYW through Comrade Yinka Shotade, National Publicity Secretary appealed to Seriki to form a peroliodic meeting with Obas of Yoruba Land and create solid synergy on building relationships between the Yoruba and Fulani inhabitants in Yoruba Land, whose relationship span over hundreds of years, hence the need to create an institutionalized base that will galvanized and constructively guides the process positively henceforth.

“Both echoed that the root cause of conflict is politics, hence the need to ensure the traditional institutions are carried along and effectively utilized by all elected government officials at all levels as used to be; date back in the 60’s accordingly, beyond the every 4 years election campaign rituals.

“The meeting equally jointly resolve to build a stronger synergy to fight the scourge of armed bandits, killings and kidnapping going on in Yoruba Land, in order to avoid any collateral damage and break down of law and order, for the attainment of an overall peaceful resolution and postulate solution on other critical areas of national developments.

“The President, Aremo Oladotun Hassan expressed his appreciation to the Serikin Fulani for the listening ears and time given to the Council to ventilate their views, for we aware of the current overheated periods we are in, and inorder to avoid total war, precipitating our clarion call to elders of the Fulani clans to reach out to their youths and wards to sheath their sword and embrace peace.

“The Seriki assured to fully back the peace and unity agenda up with constant meetings and supports from all critical stakeholders, wherein any policy of the government must go through adequate consultation with the affected people, which was the bane of destruction of the federal government’s RUGA policy or any other known name under such guise.

“There is the need for the federal government to reach out widely and affirm corresponding acceptance and support from all critical stakeholders and host communities and respective states, whereas this issue could be mutually resolved based on standard action plans, people oriented policies and home traditions of each host community and states.

“It was further resolved that henceforth both the Hausa Fulani and Yoruba youths shall soon address joint press conference and continually meet to cross fertilize ideas on various areas of mutual interests.

“We hope this will go a long way to resolving the issues raised bringing about long lasting peace in Nigeria.”