Home Headlines Why we executed four Nigerians, others —Indonesia 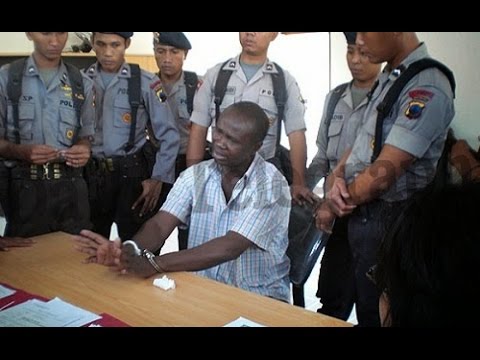 The Indonesian government  yesterday defended its execution of seven foreigners including four Nigerians and two Australians, saying it was a defining moment on its clear position against drugs.

It would be recalled that following the execution, Australia withdrew its ambassador in protest against Indonesia’s decision, but while responding to global outcry over the country’s action, Indonesian President, Joko Widodo said he was only applying “the rule of law” against narcotics traffickers.

The seven convicts believed to be two Australians, one Brazilian and four Nigerians were shot by firing squad along with one Indonesian, despite appeals from their home countries.

He stated that: “We are fighting a war against horrible drug crimes that threaten our nation’s survival.

“I would like to say that an execution is not a pleasant thing. It is not a fun job,” Prasetyo told reporters in Cilacap.

“But we must do it in order to save the nation from the danger of drugs. We are not making enemies of countries from where those executed came. What we are fighting against is drug-related crimes.”

Playing down Australia’s decision to recall its ambassador, he described it as a “temporary reaction”, while Foreign Minister Retno Marsudi stressed Jakarta’s desire to “continue having good relations” with one of its most important trading partners.

Australia had in its campaign to save its citizens, who have been on death row termed the executions as “both cruel and unnecessary”.

“We respect Indonesia’s sovereignty but we do deplore what’s been done and this cannot be simply business as usual,” he said, announcing Australia’s unprecedented step of recalling its Jakarta ambassador.”