Anambra State governor, Charles Soludo, at the weekend, paid a visit to Nnamdi Kanu, leader of the Indigenous People of Biafra (IPOB).

Kanu who is facing treason trial, is being detained by the the federal government in Abuja.

The Anambra governor who announced his visit early Sunday said, it was aimed at finding lasting peace to the issue of insecurity in the Southeast. 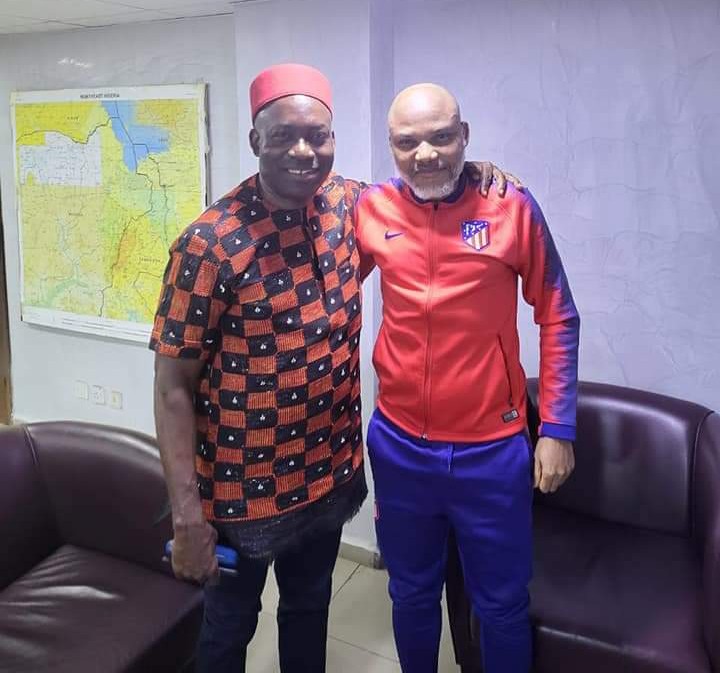 He said the IPOB leader is unhappy with killings in the southeast and expressed sadness over the development.

“He (Kanu) expressed sadness over what he described as ‘sacrilegious killings’ of innocent persons, kidnappings and all forms of criminalities, including the brutal enforcement of the senseless ‘sit at home’ perpetuated by sundry groups claiming to be acting for or on behalf of IPOB,” Soludo said.