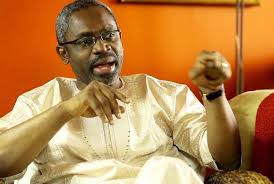 The National Assembly Election Petitions Tribunal sitting in Ikeja on Friday upheld the victory of the Majority Leader of the House of Representatives, Mr Femi Gbajabiamila.

The tribunal held that Gbajabiamila of the All Progressives Congress (APC) validly won the March 28 election for Surulere Federal Constituency I in Lagos State.

The three-man tribunal led by Justice C.U. Anwuka resolved all issues raised in favour of the respondent.

The tribunal consequently dismissed the petition filed by the People’s Democratic Party candidate, Mr Tony Ashikodi, for failing to prove the allegations of electoral fraud.

Ashikodi had petitioned the tribunal challenging the outcome of the election.

Ashikodi had alleged that he observed some irregularities during the election which contravened the provisions of the Independent National Electoral Commission’s approved guidelines.

He urged the court to void the election and order a fresh election to be conducted by INEC.

The petitioner had alleged that “the final figures in Form EC 8 C (i) were cancelled and altered with a view to declaring Gbajabiamila the winner of the election.”

However in the judgment, the tribunal said Ashikodi failed to substantiate his allegations that ballot boxes were snatched and result sheets falsified by INEC.

The judges noted that the petitioner failed to call a single witness to substantiate his claims.

They said Ashikodi, in his evidence-in-chief, admitted that he was not present at the collation centre and did not tender any document to back his allegations of multiple irregularities.

The tribunal also faulted the claim of the petitioner’s counsel, Mr Kalu Onuah, that the election did not comply with Section 139 of the Electoral Act and therefore dismissed the petition. (NAN)