Home Headlines ‘To impeach me, you must impeach God,’ Governor says 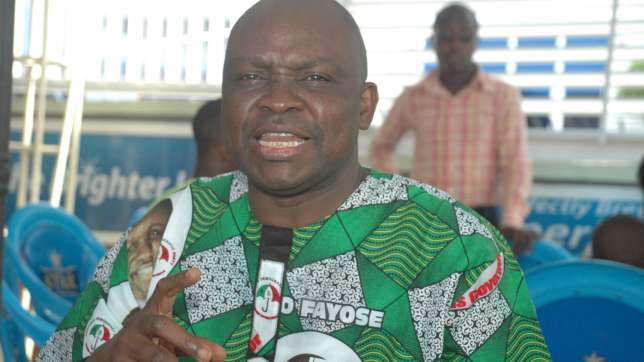 Ekiti State Governor, Ayo Fayose has said that whoever wants to impeach him must first impeach God.

Fayose stated this on Monday, April 6, during a programme, “Meet Your Governor”, which was aired across the state.

“I’m like Israel that is in the midst of enemies but will always prevail. Whoever wants to remove me will first have to impeach God,” Fayose said.

“They are doing all these just to get at me because of my support for President Jonathan and I have no regret for supporting the president. Let me say it again, I have not been served any impeachment notice,” he added.

Fayose was speaking in response to recent attempts by the 19All Progressives Congress (APC) lawmakers in the state to impeach him.

The legislators, who returned to the state after the APC’s victory in the March 28 and 29 Presidential elections, have said that there’s no going back on plans to impeach Fayose.