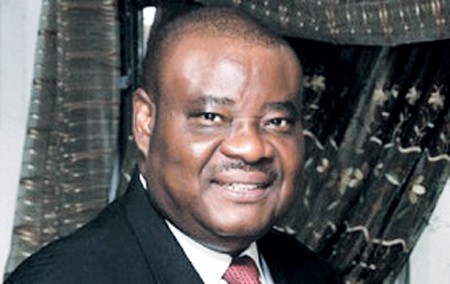 A Chieftain of the All Progressives Congress (APC), Sir Marc Inyanagbo Wabara, has said the time for the party to build for its victory in Abia State is now.

Wabara pointed ,out that not much would be achieved with any last minute arrangement geared towards displacing the ruling party in the state.

The former bank chairman who made the call in a statement on Wednesday, expressed confident that with the progress made so far in the party in terms of attracting new members, consolidating and building on the achievements it made during the last elections would lead to a change in the political leadership of the state.

Wabara said there was need for stronger unity and discipline at all levels within the APC in Abia State in order to position the party to take over the mantle of leadership in the state, stressing that it was the responsibility of party leaders to give positive direction for their followers.

He said that it was obvious that the people of Abia State were extremely dissatisfied with the failed promises of dividend of democracy by the leadership of the Peoples Democratic Party, PDP, in the state and therefore desired, more than ever before, a positive change, adding that the APC had the human capital needed to turn things around in the state.

“It is naturally difficult to push out a structure that has existed for more than twenty years. The PDP has occupied the Abia State government house for many years and it, certainly, requires good planning to have it rooted out of its stranglehold on the State,” he said.

“The cardinal strategy would be a more united front to ensure success. I am very confident that what our party, the APC, needs most now is a strong drive to build a structure that Abians can look up to as a credible alternative, as the PDP has seriously underperformed in the State”.

The APC chieftain said the resources from oil, since Abia is an oil producing State, should complement the internally generated revenue, IGR, to provide the necessary infrastructure that will make the state an investor’s delight, stressing that Aba town alone, with different small and medium enterprises, has the capacity to generate the much needed revenue to run the business of government.

“Aba is one of the most planned cities in the South East in terms of road network. Unfortunately, nearly all the roads have become impassable, resulting in landlords not getting the real value for their property,” he added.

“The obvious implications are that people would not be encouraged to build houses, there would be many unoccupied apartments and the banks may not be willing to use such property as collateral for loans. When people can hardly use their property to secure loans, what you have is dwindling economic fortunes with obvious consequences on the society”.

Wabara disclosed that what the state needed were a combination of good management of its federal allocations and sound strategies to increase internally generated revenue which would involve, among other things, the provision of road infrastructure that would encourage the residents to live up to their civic responsibilities, adding that the recent worldwide economic developments occasioned by the Covid-19 pandemic had imposed enormous challenges on the managers of the different tiers of government in Nigeria.

He noted that it was high time managers of the resources of Abia State realised the urgent need to give attention to developing several sources of revenue so that the future generations would have what to fall back on in the event of oil becoming redundant as a product in the world economy or runs completely dry.

He expressed confidence that an APC government would deliver the dividend of democracy to the people of Abia State, adding that it was unfortunate that the State with its abundant human and material resources was suffering as a result of maladministration.