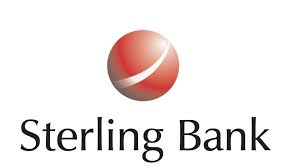 Sterling Bank has concluded plans to publish the names of individuals and institutions with non-performing loans on national newspapers, including social media if they fail to pay repay loans obtained from the Bank.

This is in line with a directive from the Central Bank of Nigeria (CBN) mandating banks to publish said names in at least three national daily newspapers.

With non-performing loans in the industry totalling N390 billion in May 2015, the Apex Bank has given a deadline of July 31, 2015 for delinquent debtors to change the status of their accounts from non-performing to performing, failing which their names  (including directors in the case of companies) will be made public.

Sterling Bank admitted that some of its delinquent debtors had approached it after receiving formal notice for amicable settlement to avoid embarrassment.

Part of the statement from the Bank read thus: “Some delinquent debtors are making frantic efforts to repay their loans and avoid their names being published, while others are hopeful that the CBN will extend the deadline and are asking for more time to pay.

“Our position on this remains that those who negotiate agreeable terms of repayment before the expiration of the deadline will not have their names published; while the names of other delinquent debtors will be published in compliance with the CBN’s directive”.

The Bank commended the CBN for alerting operators and the general public to the increasing volume of NPLs and for coming up with a solution to curb this potentially dangerous trend.

In a circular signed by Tokunbo Martins, Director of Banking Supervision and sent to Banks and Discount houses, the CBN noted the rising trend of NPLs and insisted that the industry’s NPL ratio must not exceed the prudential limit of 5 per cent in order to improve the banking industry’s asset quality.

The apex bank noted that at present, the loan portfolio of the deposit money banks was N15 trillion, while non-performing loans constituted about 3.3 per cent of that figure.