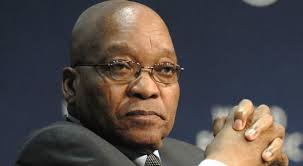 Earlier in April, gangs of South African youth carried out violent Xenophobic attacks on foreign Africansliving and working in the South Africa which left 7 dead, several severely injured and thousands displaced loosing both houses and business. the whole world was shocked as these youths seemed to be unmoved by the fact that the media was keeping tracks of their violent activities.

The Jacob Zuma led South African government got a lot of heat too with governments in Africa and around the world accusing them of being in support of the attacks due to their slow response in condemning or doing anything to the irate and irresponsible youth.

The South African President, Jacob Zuma has given Africans something to think about on Monday, April 27, 2015, as he asked what the ‘foreign’ Africans were doing in South Africa also adding that the foreigners were adding to the problems in South Africa

“As much as we can have a problem alleged to be xenophobic, our brother countries contributed to this,” he said. “Why are the citizens not in their countries?”

He said; “Some of them (immigrants) had very serious allegations against their own countries to explain why they are in South Africa,” Zuma said, speaking on Freedom Day that marks the country’s first democratic elections in 1994.

“In fact, some of them warned us that there is almost certainly another wave of refugees coming given the developments in their own countries.

“We have to address the underlying causes of the violence and tensions, which is the legacy of poverty, unemployment and inequality in our country and our continent and the competition for limited resources,” Zuma said.

Many South Africans have attributed the attacks to poverty and unemployment among its citizens as many undocumented immigrants taking jobs for less pay.