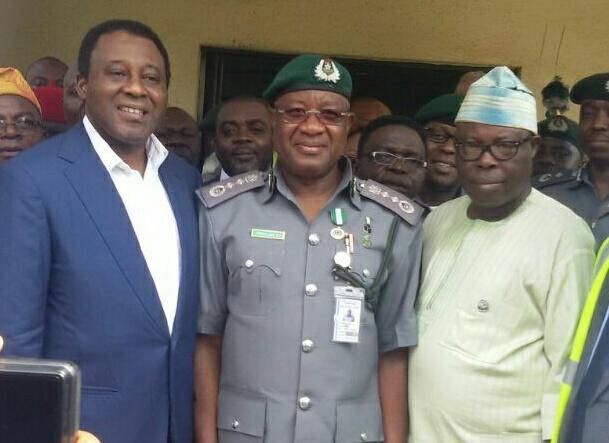 National president, Association of Nigerian Licensed Customs Agents (ANLCA) Prince Olayiwola Shittu has tasked the newly- elected publicity secretary of the association, Kayode Farinto to clean up the image of the association and enhance professionalism among its members.

Speaking during the inauguration of the publicity secretary and newly elected Lilypond chapter Chairman, Olufemi Olabanji in Lagos, Shittu decried a situation where some elected officials dress shabbily to work even as he warned that any of them found culpable risks suspension from office.

“One of the greatest jobs you need to do for us is to clean up our image. Not limited to what you tell the press but also the appearances of some of our officials.

I challenge our officials sometimes when I see the way they dress. Any chairman that is not well dressed, please notify the Zonal Coordinator, let him put a memo and we will suspend him,” he said.

“I share your aspiration of rebranding. Some might be mistaken of what rebranding is. The OMO advert when I was young is not the same today so rebranding must be continuous. However you want to rebrand us go ahead. Rebrand us with modern tools. ANLCA should be on twitter, Facebook such that those who subscribed to that page will be getting information constantly,” he said.

While noting that teamwork must be sustained to move the association forward, Shittu advised that people must acknowledge that there will always be disagreement but urged members to come together to resolve issues within the association.

“The only way I have been doing it in ANLCA is because together everyone achieves more.