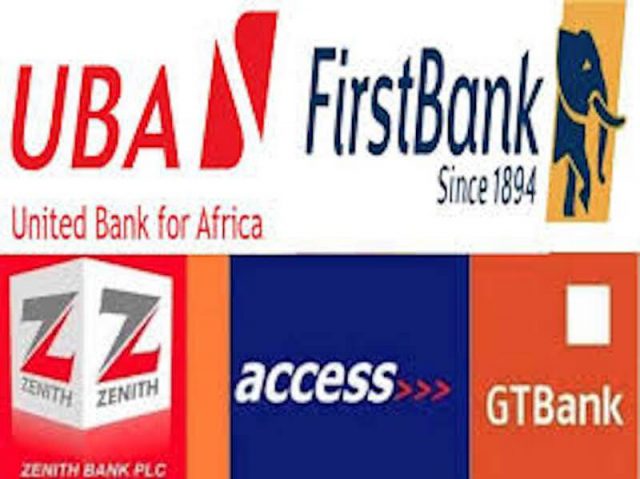 For contravening regulatory instructions, seven  banks listed on the Nigerian Stock Exchange (NSE) paid N144.99 million fines in 2018.
Investigations by the News Agency of Nigeria (NAN) indicated that the fines were paid to the Central Bank of Nigeria (CBN), the Securities and Exchange Commission (SEC) and the Financial Reporting Council and Corporate Affairs Commission.

The affected banks are: Sterling Bank, United Bank for Africa (UBA), Zenith International Bank, GT Bank, Access Bank, FBN Holdings and Fidelity Bank.
A breakdown of the figure as contained in the banks’ annual reports showed that FBN Holdings and its subsidiaries, First Bank of Nigeria, FBN Quest Merchant Bank and FBN Insurance Limited, paid the highest fine of N32.65 million during the period under review.
UBA came second having paid N30 million to the apex bank for various offences.
Similarly, GTBank was fined N24 million during the period under review, while Access Bank paid N20 million.
Sterling Bank, Fidelity Bank and Zenith International Bank paid N15.33 million, N13.01 million and N10 million, respectively for various offences during the review period.
Commenting on the contraventions, Prof. Sheriffdeen Tella of Economics department, Olabisi Onabanjo University, Ago-Iwoye, Ogun, said the preference of banks to pay penalty instead of complying with CBN directive was an age-long problem.
Tella said, “Banks weigh the cost of complying against paying penalty and decide to pay if the former is quite high.”
“There was a time the banks would prefer to pay penalty than lend to the agriculture sector because of the failure of many farmers to pay back due to bad weather, long gestation period and possibly mismanagement,” he added.
Tella also attributed the development to delay in responding to requests by some banks due to unnecessary bureaucratic measures.
“Increasing the contravention fee may not be helpful but a meeting of the stakeholders in the banking sector arranged by the CBN should also be helpful,” he noted.
Mr Moses Igbrude, Publicity Secretary, Independent Shareholders Association of Nigeria, told NAN that shareholders were not comfortable with the various fines paid by the financial institutions.
Igbrude said no company would decide to break the law in order to pay penalties.
“I don’t think any public company will deliberately flout the law in order to pay penalties unless such act must have brought some unseen benefit.
“Otherwise why would management do that when they know the reputational risk associated with it and queries from shareholders at Annual General Meeting?
“We shareholders are not happy about these payments and we have been advocating that companies should employ compliant officers to monitor all regulatory requirements to avoid penalties and if such officers fail they should be the ones to pay the penalties for negligence.
“It seems regulators prefer to punish the corporate bodies instead of the officer who fail to perform his or her duty to detriment of the shareholders.
“They should use stigmatisation and reputational risk approach by classifying such management non-compliant management,” Igbrude stated.
Malam Shehu Mikail, National President, Constance Shareholders Association of Nigeria, blamed the shareholders for not asking the companies they invest in necessary questions.
“We shareholders have a lot to do and our regulators should also take a proactive approach and decide on any petition ever made to them by minority shareholders,” Mikail said.
He said companies should do the needful by doing things at the appropriate time and as well follow due process by adhering to rules and regulations to avoid unnecessary fines. (NAN)