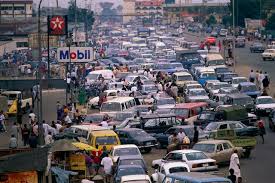 In a bid to end the crippling scarcity of fuel that has lingered on for weeks, the senate has directed its committee on petroleum resources (upstream and downstream) to investigate the cause of the scarcity and report to it next Tuesday. Abdul Ningi (Bauchi) raised a point of order to decry the silence of the senate on the matter.

“I think we need to remind ourselves that we still have the mandate of the people‎ until June 1,” he said. “This is a matter on which we need information to be able to plan. We need know whether fuel scarcity has come to stay. We need to know whether it will become part of our life. “We need to plan. By planning and talking about it, we are now sensitising Nigerians to brace up for the impending issue of fuel scarcity whether it is going to be here permanently or temporary. “But we can’t know all these things until we hear from the experts.

Therefore my prayer is to ask the committee on downstream and upstream to come up with explanations next Tuesday, through which Nigerians will know and plan their future. “Otherwise, I think is legally and morally wrong to keep silent about it, to sweep it under the carpet and to continue to believe these things are usual‎.” Ike Ekweremadu, deputy senate president, who presided over the session, put Ningi’s ‎motion to a voice vote, after which the senate agreed to direct its petroleum resources committee to look into the raging scarcity of fuel and present its report next week.

Culled From The Cable