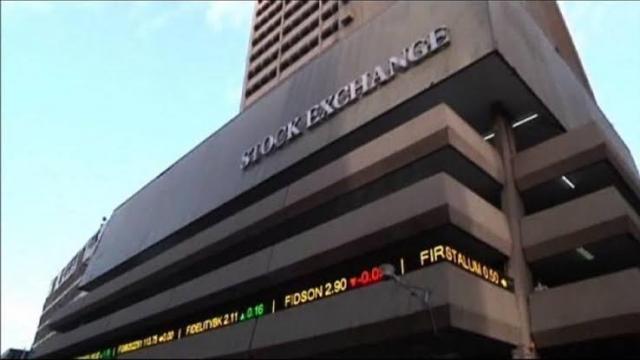 The Nigerian Stock Market dipped for the fourth consecutive trading sessions on Tuesday, declining 0.01 on the back of persistent sell pressure on large stocks such as Access Bank, ETI, UBA and 20 others.

UAC-PROP increased by 7.69 per cent to top eight other gainers, as Unity Bank emerged as the top loser of 22 others, having shed 10 per cent.

The local bourse’s year-to-date performance worsened to -7.8 per cent on Tuesday.

The Consumer Goods and Insurance indices led laggards, down 1.4 per cent and 1.3 per cent respectively following price declines in Dangote Sugar (-9.9 per cent), Nigerian Breweries (-2.7 per cent), AIICO (-7.2 per cent) and MANSARD (-1.1 per cent).