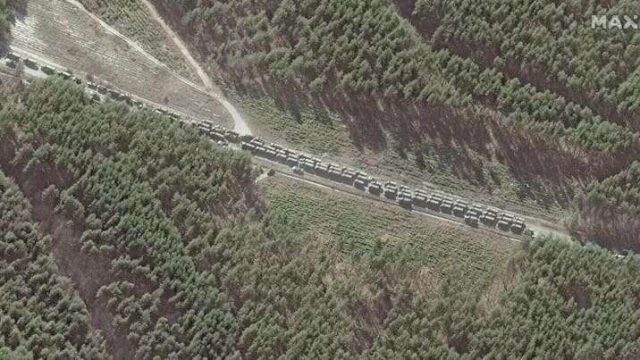 By Adebayo Obajemu (with agency reports)

Gradually, the Russian invasion of Ukraine, a sovereign state is following a dangerous, but familiar pattern, which has all the hallmark of Hitler’s declaration of war against Poland that precipitated the Second World War.

By the early part of 1939 the German dictator Adolf Hitler had become determined to invade and occupy Poland. Poland, for its part, had guarantees of French and British military support should it be attacked by Germany.

Hitler intended to invade Poland anyway, but first he had to neutralize the possibility that the Soviet Union would resist the invasion of its western neighbour. As it is now the world is witnessing similar scenario of a near nuclear holocaust, but for the restraint and maturity of Western Powers led by the United States.

But the grim and horrifying spectre of war is still very much on the horizon, as the conflict could easily escalate into a direct confrontation between Russia and the West, officials say. So far, it is still Russias war against Ukraine. But World War III has never been closer.

As Russian forces pound Kyiv and other cities, Western Powers have with great diplomatic skills and sense of 20th century history, maneuvered carefully not to allow a direct conflict with President Vladimir Putin, the man who controls the worlds largest nuclear arsenal and has shown no qualms in boasting about it.

Only last week, Putin said he had asked his military commanders to put the nuclear missiles on high alert. The Russian dictator is watching with great interest and cynicism how Ukraines Western allies are supplying weapons and other materiel, but have ruled out the idea of imposing a no-fly zone.

Professor Adamu Abdullahi, an historian told BusinessHallmark that ” Putin is currently the most dangerous man on earth, and the greater danger is that he’s a paranoid, and the more isolation he suffers the more paranoid he becomes. It is like a bull in China shop, the West must be careful with him.”

EU countries are providing air defense systems, but have balked at Ukraine’s request for fighter jets. No country has offered to send troops.

Many analysts spoken to by Business Hallmark agreed with Western government officials, diplomats and military analysts believe that there is now a grave danger that the United States and other NATO allies could be drawn into the war — at virtually any moment, as the result of any number of scenarios.

One is a mistake, said a Washington-based analyst whose work is partly financed by the U.S. government. The lob of a missile into Poland. That is not impossible and then it very quickly escalates. But we have to respond. We cant not respond.

Or the outcry against the crimes against humanity is so strong that we feel compelled to take what we think is a limited and judicious action, the analyst said, speaking on condition of anonymity because of the sensitivity of the situation.

The shelling and a fire at the Zaporizhzhia nuclear power plant in the early hours of Friday morning provided yet another frightening example of the type of emergency scenario that could ensnare a broader international coalition in Putin’s war: to urgently prevent a global catastrophe.

Dr. Adesanya Ọjọ, an International relations scholar said “Putin could decide to escalate the war by lobbing missiles on Poland or asking his proxy, Belarus’ Luckashenko to do it. That means NATO will react.”

U.S. President Joe Biden has been adamant about American forces not getting involved in the fighting. In his State of the Union speech last week, Biden described the war as Ukraines fight and said Washington would do what it could to help.

Well continue to aid the Ukrainian people as they defend their country and help ease their suffering, he said. But let me be clear: Our forces are not engaged and will not engage in the conflict with Russian forces in Ukraine. Our forces are not going to Europe to fight [in] Ukraine but to defend our NATO allies in the event that Putin decides to keep moving west.

One European official privy to intelligence briefings provided to U.S. allies said analysts in Washington had reached a terrifying conclusion: Russia is ready to use a thermonuclear bomb in Ukraine, the official said.

The official said the war in Ukraine was far more dangerous than anything Europe has seen since the end of World War II, including the Balkan wars of the 1990s.

As horrible as that was, the official said, this is worse, with the potential of getting a real European war, or a world war very quickly. This is just getting deeper and deeper, every day.
Recall that last Friday, NATO Secretary-General Jens Stoltenberg emphatically said the alliance would not be drawn into direct conflict with Putin, and its unwillingness to impose a no-fly zone.

The only way to implement a no-fly zone is to send NATO planes — fighter planes — into Ukrainian airspace, and then impose that no-fly zone by shooting down Russian planes, Stoltenberg said following a meeting of NATO foreign ministers in Brussels. If we did that, well end up with something that could end in a full-fledged war in Europe involving many more countries and causing much more human suffering.

On a visit to Chişinău, the Moldovan capital which has been swamped by Ukrainian refugees, the EUs foreign policy chief, Josep Borrell, said he recognized the whole world has a stake in whats happening in Ukraine.

But asked if he would back a no-fly zone enforced by NATO allies, 21 of whom are EU members, Borrell said that was not a decision for him or the EU to take.

Many experts have since the conflict begun attributed it to a proxy war.

Professor Adeagbo Moritiwon, a political scientist said “the effort to portray the conflict as Ukraine’s war misses the key point: Putin has attacked Ukraine precisely because it chose a path toward the EU and NATO. Fighting Ukraine, they say, is a proxy for fighting the West.

“Some believe the conflict can only be resolved if Putin’s complaints about the U.S. and NATO are resolved. Until then, he will continue the war, seeking to conquer or destroy the country, and making the peace negotiations with Ukrainian officials of little significance.

“In other words, the West will end up even more directly involved, politically and perhaps militarily, than it is already. The precise nature of that greater role is a matter of debate but many believe it is coming, one way or another — and some argue that the sooner it happens, the quicker the war will end. That calculation, of course, presumes Putin chooses self-preservation over nuclear Armageddon.”

But all signs suggest the situation in Ukraine will get far worse in the coming days, a point French President Emmanuel Macron warned about on Thursday.

As Putin realizes that fury among the Ukrainian population means he will lose politically, no matter the military outcome, there is a heightened risk he will simply seek to destroy Ukraine, flattening its cities and towns just as Russian forces obliterated the Chechen capital of Grozny.

And the devastating barrage of severe sanctions that are punishing the Russian economy will almost certainly remain in place, giving Putin little incentive to back away from his goal of conquering Ukraine and toppling its government. Putin chose war fully knowing there would be severe economic consequences — a calculation he made previously with the invasion and annexation of Crimea, which led to sanctions and steep absorption costs.

A partial ceasefire was abruptly announced by the Russians on Saturday, presumably to allow residents of two Ukrainian cities that were surrounded by Russian forces, including the strategic port city of Mariupol, to evacuate, the first since the conflict broke out February 24.

Russians Defence Ministry announced a ceasefire to allow civilians in the besieged port city of Mariupol and the town of Volnovakha to evacuate. Mariupols mayor Vadim Boychenko said evacuations would begin at 0900 GMT.
The strategic city of 450,000 people on the Azov Sea, which has suffered intense shelling, has been without electricity, food, water and heating for days in the depth of winter.