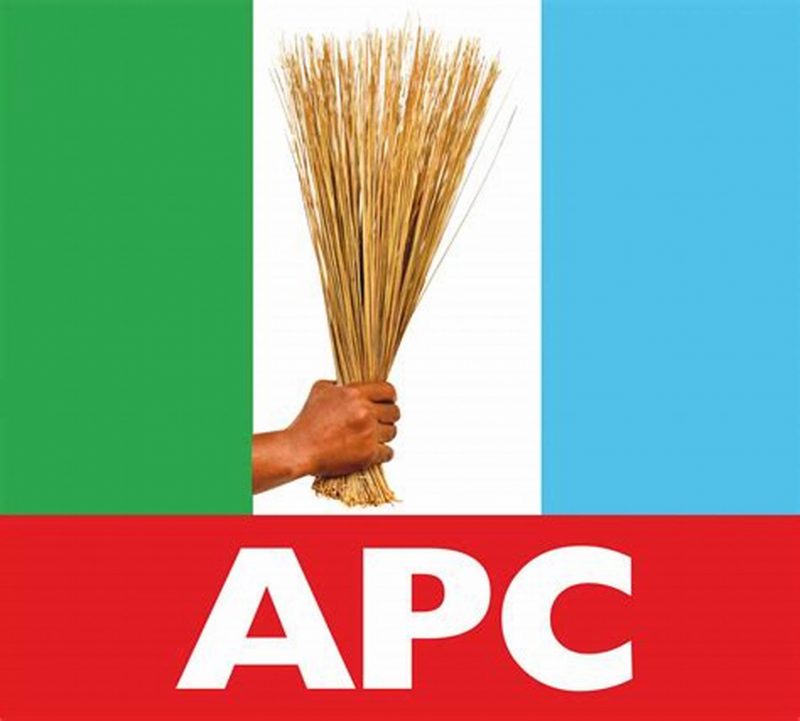 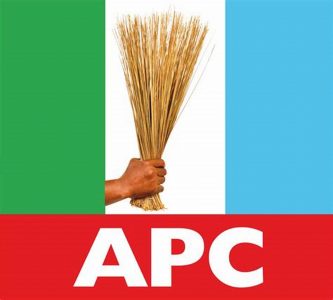 With the recent decision of an Appeal Court sitting in Port Harcourt to uphold the October 2018 judgment of the Justice Chinwendu Nwogu-presided Federal High Court which nullified the primary elections of the Rivers State chapter of the All Progressives Congress (APC) and barred it from fielding candidates for the 2019 general elections, the crisis in the party may have resolved itself, but not in the manner that any of the warring groups could have anticipated.

The three-year long ‘bruising’ battle between the Minister of Transportation, Chibuike Amaechi and Rivers South East senator, Magnus Abe may have effectively ended in a crushing defeat for both.

The Appeal Court presided over by Justice Abubakar Yahaya had on December 12, upheld an earlier ruling by Justice Nwogu in a suit filed by Ibrahim Imah and 22 others against the party, to the effect that the Rivers APC’s ward, local governments and state congresses were illegal, not conducted in line with extant guidelines and therefore, the party had no executives to conduct primaries.

The Independent National Electoral Commission (INEC) had also, as a result, delisted all candidates of the party for the next month’s polls. The electoral body’s decision was announced on Friday two weeks ago by its Resident Electoral Commissioner (REC) in the state, Obo Effanga. He had explained that the decision followed the outcome of the ruling on the litigation between two factions in the states APC. According to him, “INEC had to obey the ruling of the court.”

For Amaechi and Abe, it is a case of the chicken coming home to roost; a duel for the soul of Rivers APC which has all but ended with no victors, and all vanquished. Both parties had since proceeded to Supreme Court whose judgment will be final. But as it is, the final judgment is unlikely to come before the February polls.

On Monday last week, the apex court’s five-man panel led by Justice Mohammed Datijo, reserved ruling on a suit filed by the Abe faction through their lawyer, Henry Bello, to ascertain whether an earlier appeal filed by the Ameachi faction was valid. They had urged the court to reaffirm the ruling it delivered on October 22, which nullified the outcomes of the primary election that produced Cole and other candidates in the faction loyal to Amaechi.

Although the court had in December adjourned till March 8 for judgment on the suit, it sat on Monday sequel to an application by the appellants requesting it to abridge the time for judgment in line with the provisions of the 4th Alteration of the Electoral Act which stipulates a 60-day time frame for the matter. The court on Monday fixed ruling for a date to be communicated to parties.

Time is fast running out. Previous judgments at the Supreme Court had gone against the Amaechi group. But there is now a silver lining. It is alleged part of the reason the President Muhammadu Buhari government fought the now suspended Chief Justice of Nigeria, Walter Nkanu Onnoghen, eventually suspended him on Friday and appointed Justice Tanko Mohammed in his stead, is to use the office of the CJN to speed up the case at the apex court with the intention of using a more loyal Chief Justice to secure favourable judgment. The new Acting CJN, Mohammed, it was announced, would immediately appoint judges for election petition tribunal, a development many say is suspicious.

But still, it might  prove a difficult task; especially given that Abe is also said to have strong backers in Aso Rock, and that could mean that the crisis between the two APC factions has come to an anticlimax.

Cole, a billionaire oil magnet from Kalabari who Amaechi surprisingly backed, dropping Mr. Dakuku Peterside, the current Director General of Nigerian Maritime Administration and Safety Agency (NIMASA) who was the party’s candidate in 2015, appears to have given up on the governorship quest, sensing perhaps that it’s effectively over.

He no longer addresses himself as the party’s governorship candidate in the state in compliance to the court decision. A statement released on Friday fortnight ago by his media office in Port Harcourt, addressed him as The Coordinator of the campaign of President Muhammadu Buhari in Rivers State.”

It’s a crisis that began when in 2016, Amaechi allegedly visited Abe, who had only weeks earlier won a senatorial seat, in Abuja to warn him against nursing governorship ambition in 2019. It was a warning Abe, who was already preparing himself to challenge Governor Nyesom Wike did not take kindly. Determined to actualise his ambition – and Amaechi on his part resolute to stop him – a battle for APC’s soul in the state ensued.

Amaechi, an obvious leader of the party in the state and indeed the South South, could have thought Abe a walkover, but he ultimately proved the minister wrong. The battle has ‘ended’ in lose-lose for both. The ‘winner’ this time is another individual who never stepped into the squared circle, Governor Wike. The barring of APC candidates, and the subsequent delisting of their names by INEC has thrown the field open for the PDP and Wike. What could have potentially been a bloody contest may have ended in a no contest; a walk over.

The events that culminated in the sad fate of the party started in May last year when the party held its ward, local government and state congresses. It would be recalled that on Friday May 4, 2018, a day before the party’s ward congresses, scheduled for May 5, the Abe faction, having lost ground in the battle for control, proceeded to the Rivers State High Court to get an injunction to stop the congress from taking place over certain unresolved issues.

However, a group of political thugs said to be Amaechi’s loyalists, invaded the Rivers State Judicial Complex to stop the court from sitting. The thugs practically unleashed mayhem in the judicial complex, smashing windows, cars, shops as they rattled the air with bullets. They forced judges to scamper for safety.

An overwhelmed Gov. Wike described the mayhem as “a complete coup by the Nigerian police and the APC to see that they overthrow the government of Rivers State.”

The following Saturday, May 5th, Amaechi’s group proceeded with the ward congresses. But Abe insisted none took place. In a statement by his spokesperson, Parry Benson, the senator maintained that no congress was held in the state and that the leadership of the party in the state acted in breach of set guidelines.

Abe, would however, proceed to file a motion on notice to stop the subsequent local government congresses scheduled for May 12, 2018, following which the state’s High Court presided over by Justice Nwogu stopped the congresses and issued an interlocutory injunction barring the party from using the outcome of the controversial May 5 ward congress to conduct the local government Congress.

Nonetheless, the party went ahead to conduct the local government congresses on May 12, insisting that it had not received any court order to stop the congress and that no injunction could stop the congresses as it was a process that had long begun.

The national leadership of the APC on May 18, however announced the cancellation of the ward and local government congresses conducted in the state on the earlier dates.

In a memo signed by the then National Chairman of the party, Chief John Oyegun, the party directed that the ward, local government and state congresses should hold on May 19, 20 and 21 respectively. Following the directive, the party eventually held the congresses during which Hon. Ojukaye Flag-Amachree was elected through consensus as its new chairman in the state.

But Abe and his group boycotted the congresses insisting that the court had stopped it. The senator faction would subsequently approach the High Court and got the congresses voided

Justice Nwogu who gave the ruling, stated that the cancellation of the result of the earlier congress on May 5 and 12, and rescheduling the same congresses for May 19, 20 and was to make the matter academic.

He ruled that it was wrong for the party to go against the order of the court, noting that it had earlier attempted to lock the gate of the court in order to stifle justice. He stated that the attitude of the APC holding the same congresses barred by the court on a later date was contempt, stressing that it was targeted at arm-twisting the judiciary.

He noted that the order of the court meant that the parties should maintain the status quo and not to renew dates or events, adding that the attitude of APC amounts to contempt.

The order was made to maintain status quo and not to renew dates or the events. The attempt of cancelling the earlier congress and holding same on later date is to frustrate this suit and make the matter an academic exercise.

It is a way to declare the judiciary moribund. I hereby annul the congresses of the APC held on the 19th, 20th and 21st. I declare it as null and void and also stop them from holding any other congress in the state pending the outcome of the suit, Nwogu held.

The fallout of the crisis was the conduct of two parallel governorship primaries in the state, where Senator Abe and Amaechi- backed Tonye Cole emerged.

The Abe faction which produced him as candidate adopted direct primary, while the Amaechi group which saw the emergence of his chosen candidate, Cole, chose indirect primary.  It is the battle over who is the rightful candidate between the two that has brought the party to a stalemate.

Prior to the primaries, the Abe faction had obtained an order stopping it, for which the Amaechi group went to the Appeal Court to obtain an order for stay of execution. But the matter got to the Supreme Court which nullified the Appeal Court’s order.

Abe insists that the crisis was unnecessary and was only as a result of people wanting to satisfy their ego. “We will continue to insist that the APC crisis in Rivers State is totally unnecessary. It was uncalled for and there was absolutely no need for it,” the senator said at stakeholders meeting of his faction in the state weeks ago.

But people, in their quest to satisfy whatever ego that drives men at every point in time, created artificial disunity among members of the party.