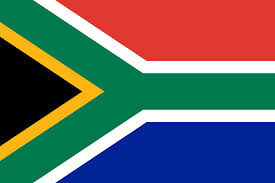 The recent wave of xenophobic attacks on foreigners–immigrants from other African countries in South Africa- was most unfortunate and a significant but sad reminder that man has short memory and is in most cases, incapable of comprehending the convoluted and deeply nuanced subtlety of historical process and its many lessons. It is quite an irony of same history that the people of South Africa-who were once victims of colour bar and unmerited provincial perspective of the white South Africans the   Boers could resort to same misguided notion to unleash mayhem on foreigners in their midst.

Historically, South Africa provided one rare opportunity for Africans to close ranks as they, from Cairo to Lagos, from Addis Abba to Kampala, spoke with one voice to condemn apartheid. Leading the pack of opposition to the supremacist, racist apartheid system against Black South Africans, was Nigeria, who in logistic, material, money and serious diplomatic engagement at local and international fora attacked frontally the racist system of colour bar.

This was much in evidence from the Murtala/Obasanjo regime down to the Ibrahim Babangida era, as each of the successive regimes in the country unleashed a farrago of diplomacy and economic power using such organisations as The United Nations, Organisation of Africa Unity, OAU and other regional bodies as umbrella under which the country pursued shuttle diplomacy to force international community to respect and give political concession to Blacks in the first instance as a significant step to dismantling apartheid.

Many of the leading African National Congress(ANC) leaders came to Nigeria on forced and for many, voluntary exile, where they relied heavily on the support, goodwill and patronage of the Nigerian governments. It was on record that apart from their leading political figures who were given asylum and comfort in many African countries, many of their best in the literary establishment such as Ezekiel Mphalele and Lewis Nkosi among others were given lucrative teaching appointments in Nigeria as was done in other African countries. More than any other times, Nigerian Foreign policy attained its best during Africa-centred posturing of the Murtala/Obasanjo era and was driven by such great minds in and out of government as the former Inspector-General of Police, the recently deceased Alhaji M.D. Yusufu, Dr Bala Usman, Professors Gabriel Olusanya, Bolaji Akinyemi, Isawa Elaigwu, General Joseph Garba and others who constituted the think tank of the regime’s foreign policy forged at the then vibrant Nigeria Institute of International Affairs, NIIA. It was on record that one of the strongest international pressure to end apartheid came from Nigeria, and its voice was strident and resonant in criticism of Ronald Reagan’s policy of ”constructive engagement” with South Africa.

It would seem with this laudable role played by African countries in ending apartheid in 1991, and election of Nelson Mandela in 1994 as first indigenous president of multi-racial South Africa, our Black brothers and sisters in South Africa, would have learnt the virtue of good neighbourliness and playing host to citizens of fellow African brothers and sisters from different parts of the continent who came to Mandela’s country as economic migrants. Unfortunately, that has not been, as they have on many occasions attacked migrants from African countries including Nigeria.

This development is very sad, and showed a people less enamoured of gratitude and appreciation of the role played by others in their convoluted history. For Nigerians, it was a kind of emotional trauma to see our brothers and sisters who in a normal circumstances, ought to be protected, being attacked by those who in the first place ought to protect them. Many Nigerian artistes, including Sony Okosun made their names singing revolutionary songs with freedom for South Africa themes.

It would seem the South African authorities have not done a lot to rein in these vandals or remind them of their history. This may have informed the recall of our ambassador from the country. It can not be denied that some of the most successful businesses in Nigeria are owned by South Africans such as MTN, DSTV among others. It is reassuring that Nigerians have exercised maturity in refraining from retaliation

This newspaper calls on South African authorities to do more to stop these xenophobic attacks, and to embark on economic reconstruction that could integrate the teeming South African youths into their economy, instead of misplaced aggression on innocent migrants.