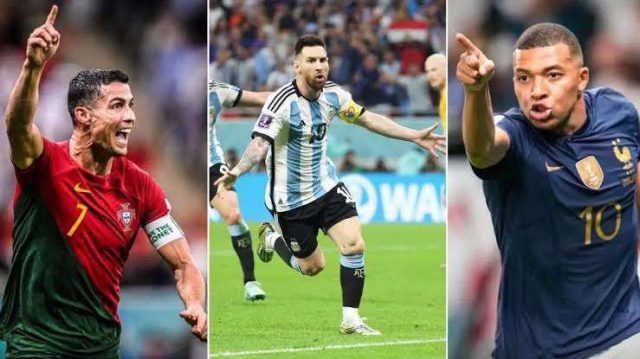 It is certainly going to be a cautious game. Both teams have what it takes to stun the other and qualify for the semi finals.

The cynosure of all eyes will be Frenchman Kylian Mbappe who has notched in five goals so far. His brace against Poland actually did the magic for the Blues. His pace has been a problem for defenders while his blistering shots have been the nightmare of the goalkeepers in Qatar.

Of course, Mbappe will be supported in the attack by other world class strikers like Olivier Giroud and Dembele.

In the Three Lions of England, the manager, Gareth Southgate may consider his continued reliance on Manchester United’s central defender Maguire as French manager Didier Deschamps may most likely deploy the PSG hitman on his side to do the necessary damage.

To deliver the goods upfront, Southgate will look up to Arsenal wing midfielder, Bukayo Saka who is now a schemer for the English team.

So far, Saka has been working effectively and combining beautifully with captain Harry Kane, Jude Belilingham and Phil Foden.

It is not clear wether or not Rashford who like Saka had got three goals so far will start the game or come off the bench.

The crucial encounter comes up on Saturday, December 10, 2022 at the Al Bayt Stadium, at 7pm as match number 59. Verdict: France has an edge and will progress.

The quarter final game between The Netherlands and Argentina has been tagged “attack against defence”.

This is because the coach Louis van Gaal aide parades one of the most experienced defenders in the World Cup in the person of Liverpool strongman, Virgil van Dijvk while Argentina is blessed with the man regarded by many as one of the best strikers the world has ever seen – Lionel Messi.

In other words, the match will be won and lost based on how the Dutch will mange her defence line and how the Argentines will manipulate their frontline which will certainly be anchored in Messi.

This encounter which is the match number 57 comes up at Lusail Iconic Stadium, means so much to van Gaal, who at 71, may be supervising his last World Cup campaign as a coach.

Messi is expected to be in a killer mood as this might equally be his last World Cup appearance as a player. Verdict: Argentina will go through.

The South Americans are gunning for their sixth World Cup title. Brazil remains the only country to have participated in all the editions of the World Cup Finals since 1930. The country has won the highest number of titles, scored the highest number of goals even as one of its own, Pele, is regarded by FIFA as the best player the tournament has ever produced.

On the other hand, Croatia shocked the world in 1998 in France when as debutants, the country played all the way to the semi final and took the intervention of hosts and eventual winners, France, to send the team parking. Yet, Croatia, inspired by her inspirational captain, Davour Suker, defeated Holland in the third place game to finish third.

Just four years ago, Croatia proved bookmakers wrong as she played all the way to the final of the 2018 World Cup Finals in Russia but were silenced by France and so she finished second.

The Brazil, Croatia quarter final game is said to be between flair and tenacity. The skills of the Samba Boys and the tenacity of the Croates. Brazil dismantled South Korea 4- 1 in the round of 16 while Japan battled Croatia to standstill only to lose 4 – 1 on penalities.

Brazil has some fantastic players like striker Richarlison, Thiago Silva and indeed Neymar who has just recovered from injury. There is also midfield maestro Casmiro to take care of the mid field activities.

Besides Ivan Perisic and Kramaric, captain fantastic and the motivator of the team, Luka Modric and indeed others like goalkeeper Dominik Livakovic who saved three Japanese penalties and Dejan Lovren, Croatia has determined players who can cause trouble for Brazil.

Finally, Maroc or Morocco vs Portugal match promises to produce a thriller and contrast in styles. While Portugal has a sensational player, a new revelation in the competition, 18 year Ramos, who announced his entry into global reckoning with a hat-trick in his first game, after sidelining soccer great Ronaldo to the bench, he will be a handful for Marco. But with the most stingy defence in competition so far, having conceded only one goal in four world cup matches, and knocked out one of the favourites for the Cup, Spain, Portugal must be weary of Spain’s fate. Verdict: Delicately balanced and too close to call. But Maroc which is on a mission and confidence is high, has an edge.