Home Metro Preacher arrested for stealing car during morning round 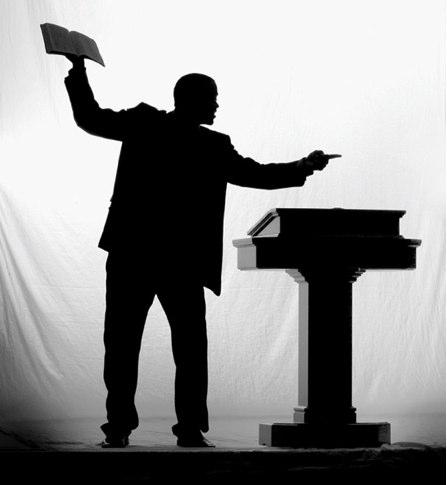 A 35-year old gospel preacher, Lucky David, ran out of luck when he was arrested and charged before Ejigbo Magistrate’s court for allegedly stealing a Lexus SUV while he was preaching about repentance to the residents of Idimu in the morning in Lagos State.

The preacher reportedly carried a Bible and bell while preaching to the residents of Idimu-Ejigbo road in Idimu and asking them to repent of their bad ways.

When he got to the residence of Mrs Stella Ogunfeitimi who had prepared to go to work that morning and saw that she left her car key in the ignition and went upstairs to collect what she forgot, it was gathered that David sneaked into the compound and drove the vehicle with registration number KRD 646 DD out of the compound.

When the victim got down and did not find the SUV, she quickly contacted the police at Idimu Division who swiftly trailed David to Iyana Iba-LASU road and arrested him.

When he was taken with the vehicle to the station, David confessed that he actually came from Benin, the Edo State capital, to Lagos to steal vehicles.

He told the police that he had no fixed address and that he pretended to be preaching the gospel to deceive people in order accomplish his mission.

After police interrogated him, he was charged to court with stealing.

At the court, he told the presiding Magistrate, Mr Peter Nwaka, that he actually drove the vehicle out without the knowledge of the owner, but he did not steal it as claimed by the police.

David also said he did not know the owner of the vehicle prior to when he stole it.

After he pleaded not guilty to the charge, the magistrate ordered that before he could be granted bail, his surety must go to the Chief Registrar’s office to facilitate the bail.

The matter was adjourned till 27 May for accelerated hearing.