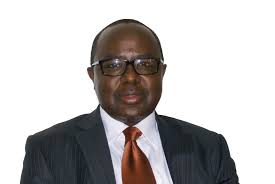 Some shareholder groups on Thursday said that the e-dividend payment portal launched by the Securities and Exchange Commission (SEC) in July was being threatened by poor awareness.

They said in Lagos that the exercise would be poorly implemented without nationwide investor education.

Nwosu said that the commission must strengthen its enlightenment campaign to persuade investors to key into the exercise.

“SEC must not rely on only advertisement because the exercise must be education based for it to succeed.

“The policy is still elitist to some shareholders who are of the belief that certificate is the only official evidence of having shares,” he said.

He also stressed the need for inclusion of shareholding structure, total tax deducted and where the dividend was emanating from in e-dividend platform.

Nwosu said that inclusion of this information, just like dividend warrant, would encourage investors’ to embrace the exercise.

Mr Boniface Okezie, President, Progressive Shareholders Association (PSAN), who commended the commission for the initiative, said that effective implementation could be achieved through public enlightenment.

Okezie said that the commission needed to beef up its surveillance unit by ensuring that investors accounts were credited as at when due.

He said that SEC should wield big stick on any company that declared dividend without back up or erring registrar that failed to carry its responsibilities to create sanity in the market.

Olatokunbo said that most investors were still unaware of e-dividend payment platform, noting that SEC needed to reach out to more investors for the exercise to be efficient.

SEC, in partnership with the Central Bank of Nigeria and Nigeria Inter-Bank Settlement System (NIBSS), on July 29 inaugurated an e-dividend payment portal.

Director-General, SEC, Mr Mounir Gwarzo, said that the launch would bring to an end the lingering problem of unclaimed dividend in the market.

Gwarzo, who disclosed that the value of the unclaimed dividends have been pushed to region of N80 billion presently, said the launch of the portal was in consonant with the position of capital market in terms of zero tolerance on unclaimed dividend. (NAN)