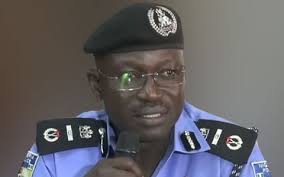 There is no restriction of vehicular movement in the Federal Capital Territory as there is no election taking place there on the said date.

The IGP assures that adequate security logistics and manpower have been strategically deployed to achieve a most conducive electioneering atmosphere. In this regard, Policemen for election duty have been properly briefed on their roles as stipulated in the Electoral Act. They are expected to be professional, non-partisan, civil but firm in their approach and relation to the public.

He enjoined citizens to remain vigilant and report all suspicious movements or dealings to appropriate Police authority.

Also, the IGP deployed a Commissioner of Police to command each of the Senatorial Zones of the following States; Gombe, Bauchi, Imo, Akwa Ibom, Lagos, Benue, Edo, Plateau and Sokoto.

For Rivers State, the following Special Units of the Nigeria Police Force have been deployed to address security concerns. These are; 32 Units of Police Mobile Force (PMF), 4 Units of Counter terrorism Units (CTU), 4 Units of Special Protection Units (SPU) and 6 Crack Teams of Detectives from Force Criminal Investigation Department (FCID) and complements of Intelligence officers.