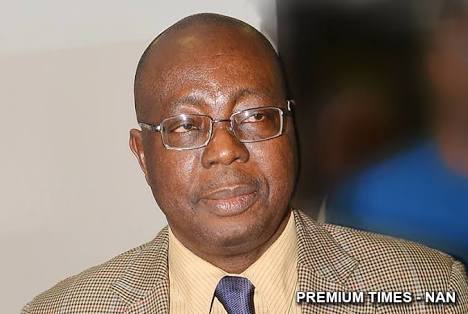 The appointment of Mr. Yusuf Magaji Bichi as new Director General of the Department of State Services (DSS) by President Muhammadu Buhari has attracted condemnations from Southern and Middle Belt Forum as well as activists who insist that the president has, by his action, passed a vote of no confidence on the country.

President Buhari had on Thursday, appointed Magaji Bichi,  an ex DSS official from Kano State, who is said to have retired months ago, to replace Mr. Matthew Seiyefa from Bayelsa State who had been acting since the dismissal of Lawal Daura in August.

The Southern and Middle Belt Forum, in a statement jointly signed by its leaders, Chief E.K Clark (South South) Chief Ayo Adebanjo (South West), Chief John Nwodo (South East) and Dr. Bitrus Pogu (Middle Belt) on Thursday, rejected the appointment of Magaji, saying that  he does not match the removed Seiyefa in terms of experience and qualifications and that the president’s decision was a vote of no confidence on Nigeria.

“The outright disregard for the conditions precedent for a united Nigeria and an inclusive country which President Buhari has become well known for was taken to a new height this evening with the removal of the Acting DG of DSS, Mr. Matthew Seiyefa and replacement with Mr. Yusuf Magaji Bichi from Kano,” the statement read.

“The I-don’t-care and in-your-face attitude of the President in restoring Nigeria security architecture to the provocative situation of having 16 out of 17 service chiefs from his corner of the country is a clear demonstration of the fact that Nigeria for General Muhammadu Buhari is no more than his section of Nigeria and the resources and the constitutionally mandatory votes from other sections of the country”.

“Since 1960, Nigeria has never had a leader more sectional, narrow, parochial ,and tribalistic like the current President who went on a global stage to divide Nigeria into “97 % and 5%”.

“We have looked critically at the profiles of the Acting DG, who was removed and the one Buhari just appointed and it is crystal clear that Bichi does not come with any experience close to that of Seiyefa.

“The only qualification for this appointment is therefore only the rabid nepotism of the President which has seen him always masking personal and sectional interest as “national interest.

“Besides, Bichi is an out-of-the -system man drafted by Mr Lawan Daura in the days of his nepotism rule at the DSS. The next six most senior persons in line of succession at the DSS after Seiyefa are from our findings are all southerners which may explain why the President picked a man who already retired from the DSS to lead because of ethnic affinity

“That the President went ahead to deep himself further into the cocoon of ethnic irredentism in making this insensitive appointment shows clearly that he does not care a hoot about the unity, cohesion and oneness of Nigeria

“We reject this appointment and we do not shy in telling Mr. President that he no longer pretends that the country is one under him.

“In the last few days, there have been fears coming from the international community about the dangers that would come the way of Nigeria if Mr. President returns for another term. With his latest action, we add that the country is not safe in the remainder of his first term.

“Lastly we ask, Mr President, Are we still one county?”

Also condemning the appointment, activist Deji Adebanju noted that Buhari had overlooked all qualified people who were next to Seiyefa to appoint Magaji who had retired because of “tribalism.”

“The new Director of DSS appointed by Buhari had finished his term and retired about six months ago,” he said.

“The next most qualified people are all from Southern Nigeria. Because of tribalism, Buhari went to bring him back from retirement.”