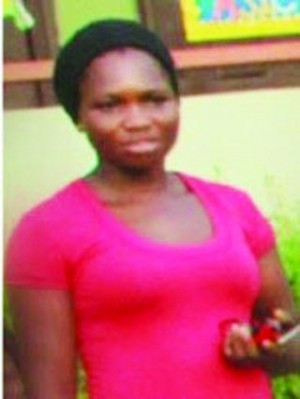 The Lagos State Commissioner of Police, Kayode Aderanti, has said the police have arrested Mary Akinloye, the 23-year-old nanny, an indigene of Ibadan, Oyo State, who allegedly kidnapped three children in the Surulere area of Lagos State. Aderanti spoke on Thursday morning on a live Channels TV programme, Sunrise Daily monitored by Hallmark in Lagos.
The three missing children, Ademola, 6, Adedamola, 4, and Aderomola, 11 months old, of the Orekoya family were allegedly kidnapped by their nanny in Lagos State.
Akinloye was said to have been hired through an online trading portal OLX.
Police sources revealed that the kidnappers, faced by immense pressure the incident had generated, abandoned the children in Shasha Area of Lagos State.
The children were immediately taken to an anonymous hospital for observation and they are now re-united with their parents.
The kids were abducted by the housemaid on 8 April, a day into her job as the family maid.
She, as well as her accomplices, contacted the children’s parents and demanded a N15m ransom.
The police at Shasha Division  rescued the three kids, now famously known as the Orekoya kids.
The police led by the DPO, Obiorah Okonkwo, rescued the kids at 4, Fatai Street, Shasha in Egbeda area of Lagos by 9pm on Tuesday where they were dumped by the abductors in a sack.
It was not certain whether the parents of the victims, Mr. and Mrs. Adeleke Orekoya, paid any ransom as demanded by the abductors.

Before the children were rescued, the parents were begging for fund online to pay the ransom demanded by their abductors.
The Lagos State Police Command Public Relations Officer, PPRO, Ken Nwosu, who confirmed the rescue, said no ransom was paid for their release.

It was gathered from a police source that the police got information that they were dumped at the house and a rescue team went to the place and took the victims to the station.
When the house where the victims were found was visited, one of the tenants, Mr William Abiodun, said the whole scenario unfolded at about 7pm on Tuesday when they were outside because there was not electricity.

He said when they heard a baby crying in the compound, he went there and saw three children.
He said he asked them what they were doing there and where they came from. Abiodun said the eldest child, Ademola introduced himself and the younger brother, Damola.
Abiodun said he immediately raised the alarm, which attracted other neighbours because he heard about their disappearance in the news.
He said with the help of other neighbours they contacted the police who came to take them to the station.
The children said they were fed with jollof rice and plantain by their kidnappers.
The DPO of Afonka Police Station, referred all entreaties to the State Command where they were transferred to.
Lagosians were shocked following the disappearance of the three children.
Mary Akinloye carried out the act barely 24 hours after she was hired by tricking the children’s eldest brother, Michael, that she was taking them to buy biscuit for them.