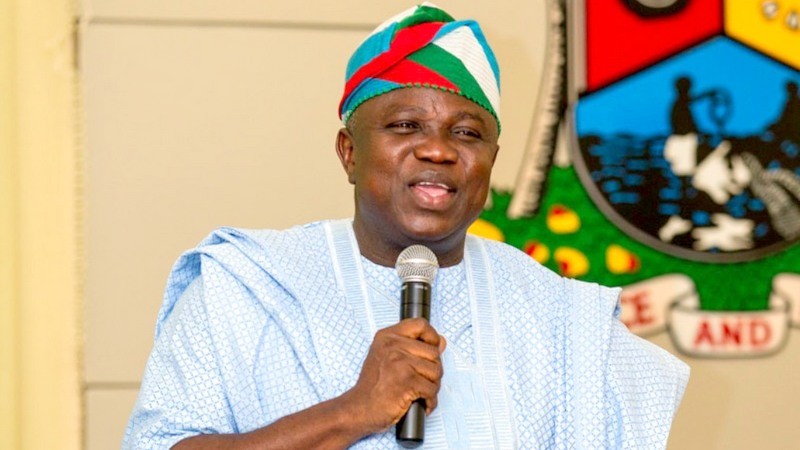 The last week of April and all of May, 2017, was a seasons of prayers in Lagos. People of diverse origin, faith, interest, and class – including even the atheists – were united in their entreaty to GOD ALMIGHTY, to guide and quicken the drive to a Greater Lagos, a SMART City that will rival the best on planet Earth. Prayers flew in all directions, in churches, mosques and shrines, at club houses, social functions, homes and meetings.

Prayers soared on the wings of songs, drums, dance, drama and fanfare, exalting the Almighty for His blessing and favours that put Lagos and Lagosians in favourable positions, kindling hope of improved humanity, affirming durability of the concord among groups in the state, showcasing the beauty of our cultural heritage, propagating messages of care and love and restating our determination and commitment to confront present and future challenges. Lagosions earnestly request for continued peace and harmony to achieve enhanced future worth begotten to coming generations. Indeed Lagosians love God.

God loves Lagosians – this is the bedrock of our faith as Lagosians, Nigerians and Africans. This realization imbued us with hope, courage and confidence to focus our dreams and pursue it with religiousness until, they become inevitable. The question is not whether spiritual content of our development efforts will work, but to an average Lagosians, the SMART City destiny of Lagos is assured.

Some sceptics might say western nations have achieved development without emphasizing on religion. While this is a fallacy, as will soon be pointed out, the definition of development will not be complete when the spiritual needs are downplayed or ignored.

Many, who have travelled to any nation in Western Europe and North America, before September 11, 2001, when the World Trade Centre was attacked, could easily come to conclusion that citizens were living in paradise, with state-of-the art infrastructural facilities, unequal social and economic advancement, uninterrupted power supply, comprehensive health insurance scheme, superb social safety net, fantastic integrated transportation system, near zero unemployment level, stable democracy, predictable conveniences, comprehensive health and medical scheme, high level of safety and security and  unfettered freedom and liberty. It is thus easy to conclude that, these nations must have evolved enduring development template that other nations in quest of progress and good living must copy to transit to that enviable level.

Yet, discerning eyes would know that not all citizens of these nations were in that level of happiness descriptive of persons in paradise. Even before 2001, it was not unusual to hear reports of anti-social behaviours, such as drug abuse and addiction, hooliganism, robbery, suicide, rape and arsons. And, in the past 16 years, things have take turn for worse. Lives here have become more unpredictable and less safe. With increasingly level of intolerance and racism, radicalism and extremism, violence and terrorism, it is no longer at ease in these countries. These shortcomings have shown that their individual and collective development models seriously lack some basic ingredients.

From cradle to grave, we are immense in religious rites and experience, that it has become part of our souls. Hardly can we write the history of a nation or group of people on earth without mentioning their religious experience; it has become part of human existence and way of life, and the fact that we have a less visible number of people who are atheist, does not diminish the significance of religion and prayer.

The principle of Strategic Approach is that attention must be given to each variable and combine them in a systematic manner to produce desired results and outcomes. Prayer is one of the development variables that are working well for Lagos, and the State has this unique opportunity to get it right at every stage of its development initiatives.

For Lagos to continue to excel and transmit models for other states in the country and beyond our borders, it must continue to benefit from the best of what is available around the globe and marry them with the best in our clime to produce results that are appropriate and comprehensive enough to accommodate all our needs and aspirations, without destroying or ways of lives, values and culture.

Religion and government travel in different but parallel tracks. They are most successful and most effective when they protect and encourage one another… (And) too much secularism can lead to moral decadence not good for society,” says Elder Wilfred W. Anderson. Thus, that Prayer and Religion is one of the variables in Lagos development thrust, should not be a problem, but a big asset to be strategically combined to produce result. “

We, Lagosians, and indeed Nigerians, are religious people. Overwhelmingly, we are either Christians or Muslims; we have some other Lagosians who are traditionalists and some atheists, whose interests have always been factored in development thrusts. Lagos State Government has been working hard to protect all religion, without preference for one. You cannot see a worship centre within the State Secretariat complex, but across the road, there is a mosque and a church, constructed by the State, but each oversee by a governing council, who may not necessarily be public servants, to take care of spiritual needs of more than 95% of workforce, other residents and visitors in Alausa and environs. Lagos does not have to adopt development policies of the western world with all their comas and full stops, when it can benefit it far better to follow its template.

Governor Akinwunmi Ambode, as were his predecessors, appreciates the importance of religion and prayer in pursuit of avowed objective of Greater Lagos. He has been protecting religious freedom without favouring any group over the others. Through the Ministry of Home Affairs, he has been able to sustain harmonious relationship among all faith-based organizations. He has fostered durable peace in the state, and peace initiative promises to become more comprehensive and self-sustaining, when Nigerian Religious Council (NIREC), State Chapter,  is decentralized for ownership of the at the grassroots.

Two years of the Ambode administration has been adjudged the best in the country in pilgrimage operation to the holy lands of Mecca and Jerusalem, with expressed approval and satisfaction of pilgrims. The state will continue in that manner to satisfy the spiritual yearnings of its citizens. Kidnapping, which is threatening harmonious existence, is foreign to the state and are being robustly addressed. It will soon become history when more security measures, such as deployment of commissionaires trained by Nigerian Legion (Lagos Chapter) come to fruition

That Ambode administration has been outstanding is because it has been implementing a Lagos template, which has all the beautiful components of the western version, with important local components that will transform the state from a Mega City to a Smart City.

Lagosians have confidence in the ability of the present government to transform the state to a true SMART City of happy and prosperous citizens. And that, basically, is because Ambode has his heart set on the task at hands and Lagosians have faith in the safe direction to which he his taking the state.

*Seriki is of the Ministry of Home Affairs, Lagos State.