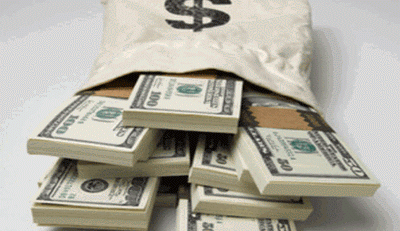 The Central Bank of Nigeria (CBN) on Friday said that the nation’s foreign exchange reserves declined to $29.13 billion as at December 29.

The bank said on its website that the drop represented 2.43 percent from $29.31 billion recorded as at December 23
It would be recalled that the foreign reserves have been dropping since July 1, 2015.
The nation’s external reserves stood at $34.49 billion as at January 5, 2015 from the $34.47 billion recorded in December 31, 2014.
But shortages of US dollar has forced Nigeria’s external reserves into a massive decline hitting a new low of $29.73 billion as at December 11, while the value of the naira declined in the unofficial foreign exchange market.
It would also be recalled that the central bank had spent around five billion dollars between January and July defending the naira, which was hit by the 2014 plunge in oil prices.
The CBN in November said it was able to save $300 million as at August from Bureau De Change (BDC), through its provision that request for forex must be accompanied by the BVN of the customers.
(NAN)