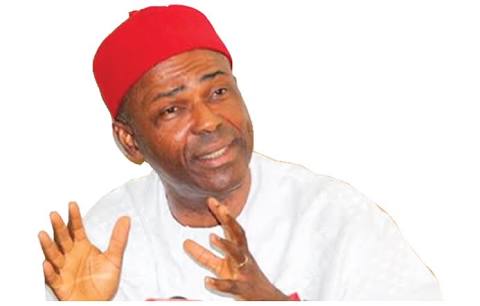 The Minister of Science and Technology, Dr Ogbonnaya Onu, has said that the country will begin local production of pencils in the next two years.
After a facility tour of Projects Development Institute (PRODA), Enugu, Onu said the project would create over 400,000 jobs in line with the vision of the current administration.
He said that it was wrong for the country to be importing pencils when it had the capacity to produce them.
“It is unthinkable that 55 years after independence, Nigeria is still not producing pencils when we have the human and material resources in the country.
“PRODA has to produce pencils for Nigeria and they have given me the assurance that this can be done and that with pencil manufacture here we will be creating 400,000 new jobs.
“The (Muhammadu) Buhari administration is committed to creating new jobs and growing our economy,” he said.
The minister said that the ministry would give PRODA the necessary assistance to realise the project.
He said that the agency could do more than it was doing now, with the needed support.
He said that the country could leverage on pencil production to increase its foreign earnings.
“For the information of Nigerians, pencil is not produced anywhere in West Africa, so I am directing PRODA to realise this within the next years,” he said.
Onu said that another area of interest was in the production of Nigerian made six cylinder engines.
“The six cylinder engine is one thing they must produce.
“This is a mandate they have to work on because once we have the capacity to produce our own engine then many of our defence and manufacturing requirements will be met.
“We need to build the capacity for self-reliance in Nigeria. We are tired of copying others and importing all sorts of things. We want others to come to Nigeria and learn,” he said.
Onu said that the ministry had 17 agencies, adding that all the agencies would specialise in their areas of comparative advantage and efficiency to grow the economy.
Earlier, the Director-General of PRODA, Mr Charles Agulanna, said that the agency, established by the former Eastern Nigeria government, was one of the oldest research institutes in the ministry.
Agulanna, who was represented by the Director of Engineering, Dr Edwin Oriaku, regretted that the institute had not received the attention it required from the Federal Government.
He said that allocation of funds had persistently been short of requirement for research and development.
“PRODA’s yearning over the years for retooling to replace the obsolete machines inherited from the former Eastern Nigeria has only started yielding results in 2009,” he said.
He expressed regret that some material imported for the production of pencils had been withheld at a Lagos wharf for over 20 years.
“The degree of success we achieved in PRODA in awakening local capabilities in equipment manufacture is indicated by the vast numbers of self-employed craftsmen surviving on equipment disseminated by us,” he said.
Agulanna said that the institute had the capacity to make greater impact in the country if enabled. (NAN)