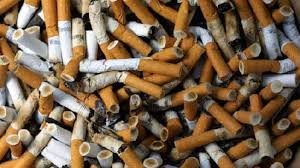 Illegal tobacco costs governments around the world $40-$50 billion each year in unpaid tobacco taxes.In the West Africa  the cost is about $774 million, while Nigeria loses an estimated N216 billion to the illicit trade, British American Tobacco( BAT) has revealed.

Illegal tobacco comprises three categories: Counterfeit cigarettes, smuggled genuine products and illicit whites. Counterfeit cigarettes are imported mostly from China, Paraguay, the Middle East, and Eastern Europe and contain many times the levels of tar and carbon monoxide found in genuine cigarettes, and in some cases can contain insects and human faeces. Smuggled genuine products are cigarettes produced for a certain market but find their way illegally into another market or carried in excess of the customs allowance for individuals into the country by passengers returning from a trip abroad.

Illicit whites are generally legally produced in a market primarily to be smuggled into another market where they have limited or no legal distribution.

Speaking against the background of the World No Tobacco Day(May 31),  the Legal & External Affairs Director, BAT, Freddy Messanvi, stated that an estimated 400-600 billion cigarettes, the equivalent of approximately 10-12% of world consumption globally and in West Africa about 60 billion cigarettes which is about 10% of the global illicit trade.

“By some estimates, illegal tobacco costs governments around the world $40-$50 billion each year in unpaid tobacco taxes.

In West Africa, it is estimated to cost about $774 million to governments across the region.

Coming closer to home, in Nigeria this implies that illicit activities attributes to the shortfall in government revenue from tobacco sales by an underestimation of  over N216 billion paid in taxes to the Nigerian government which could have been higher.“

Messanvi who noted that if all of the different organisations involved in the illegal tobacco trade around the world were combined into one conglomerate, they would become the third largest international tobacco company by revenue, stressed the need for greater cooperation and collaboration to fight illegal tobacco trade.