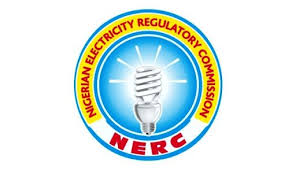 A memo to that effect and signed by the Chairman of NERC, James Momoh blamed the hike on an increase in foreign exchange.

“In arriving at the approved unit costs, the commission has considered the recent changes in foreign exchange approved by the Central Bank of Nigeria and the applicable rate available to importers of meter component or fully assembled meters through investors and exporters’ forex window,” Momoh penned in the memo tying the new price to section 19 (d) of the Meter Assets Providers, MAPs regulation.

The MAPs regulation was introduced by NERC after the utility companies failed to meet up with metering instead, preferred the use of estimated billing.

The MAPs regulation allows end-users to fully fund meter acquisition after which DisCos will pay back through electricity units.
In the Key Performance Indicators (KPIs) rooted in the Performance Agreement (PA) for the DisCos, the NERC, through the EPSRA Act of 2005 states that power utility companies are charged with the responsibility of metering consumers.

As it stands, an increase in prices of a metre will see even a slower pace of acquisition among electricity consumers who have been hit by low income and loss of jobs as a result of the COVID-19 pandemic.

Recall that NERC in a recent memo, issued distribution companies, DisCos with 2021 deadline to meter all its customers.

This newspaper gathered that the deadline was shifted from 2020 to next year due to the pandemic lockdown which has hampered importation of meter parts.

Efforts by some local companies to produce meters were rejected by most DisCos in favour of imported parts.