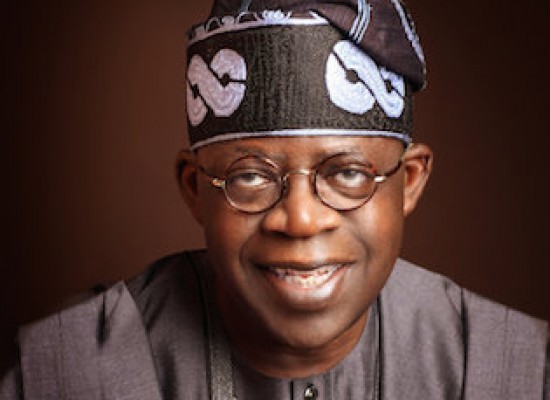 The race for the senate president of the 8th National Assembly is now a direct fight between the North East and North Central. However, the All Progressives Congress, APC leaders including Asiwaju Bola Tinubu, now seem to prefer a candidate from the North East. Can they have their way? OLUSESAN LAOYE and OKUNADE ADEKUNLE report

The battle for the position of the Senate President of the 8th National Assembly is getting more intense among the various zones and groups within the All Progressives Congress (APC). Also the Peoples Democratic Party (PDP) is now reaching out to see how it could benefit from a possible disagreement in the fold of APC over its zoning arrangement.

In the last two weeks, the issue of who takes key positions in the National Assembly has been giving the key political actors in the country serious concern and it has as well become a booby trap for the leadership of APC which is still basking in the euphoria of its victory at the polls. The situation is of great concern to the party as the President-elect and other APC leaders explore ways to get the issue under control to avoid a repeat of what happened in 2011 when the PDP leadership failed to get its candidate elected as Speaker of the House of Representatives which was zoned to the South West. Recall that Aminu Tambuwal became the Speaker through the conspiracy of members of the PDP in concert with the opposition parties.

This same scenario is about playing itself out as there are reports that the North East is insisting on producing the position of Senate President, and has threatened to join forces with the PDP should the APC refuse to cede the slot of the number three citizen to it.

Hallmark was informed that leaders of the APC in the North East are meeting with some PDP leaders to back them if the party fails to give the Senate presidency to the zone. The people of the North East it was argued are unanimous on this and have vowed not to get anything less this time around in the government of the APC.

It should be noted that the North East produced 18 senators which can swing the votes if it decides to form an alliance with the PDP in the Senate.

The North Central with their strong political stand has been able to mobilise some of their Senators-elect to buy into the idea that the Senate President should be zoned to the area, and this favours Senator Bukola Saraki who had contributed immensely to various debates in the upper-chamber. Despite the support he has garnered from some of his colleagues in the current Senate, Saraki’s ambition to become Senate President may hit the brickwall as some of the party leaders from North West, South West and North East are not comfortable with his candidature which had resulted in several meeting calling on Senator George Akume to step down for Senator Ahmed Lawan, a third term Senator from Yobe State. he might likely face Saraki at the election at the Senate floor by June.

The North-East is seriously banking on their numerical strength to upstage Saraki who is having the support of only 64 Senators. Basically, the North-East zone has got about 48 Senators supporting their bid and another 21 Senators from their zone to be able to produce the Senate president ahead of North-Central which has been in the leadership of the Senate for two terms.

Tinubu was reported to have urged Senator Akume to shield the idea of becoming the Senate President so as to give Lawan an advantage over Saraki who may have the support of some PDP Senators. A source in the party disclosed to Hallmark that Saraki would have been supported by the party leadership but his ability to manage the relationship between Buhari’s executive and the legislature is of concern to the party’s leadership. The source continued that Lawan’s choice was as a result of the fact that he had been a follower of Buhari from the days of ANPP and a strong campaigner for Buhari in North-East during electioneering.

Also, one of the personal aide of Tinubu, who wants to be anonymous, in a phone chat with Hallmark said Tinubu’s reason for sudden support for Lawan was to pave way for the South West to get the Speakership of the House of Representatives. He wants to ensure that the Minority Leader of the House, Femi Gbajabiamila becomes the next Speaker of the lower chamber. Tinubu’s aide stressed further that the interest of Tinubu needs to be protected and also the Vice President-elect, Prof. Yemi Oshinbajo, needs to be protected too so that before the end of the administration, Tinubu would not be rubbished in the power structure of the country.

“The North-East had never presided over the upper chamber of the National Assembly since independence. If the North-East gets the seat it would be a way of rewarding them for giving the APC the second highest number of votes during the presidential election. What is going on in Abuja now is a serious lobby among power brokers”, said Tinubu’s aide.

The North East has been able to mobilise and rally round support for Lawan even outside the region and APC also thinking of compensating North East and believe that giving it to North Central again would mean to shortchange the Noorth East which gave the APC massive support.

With the way the struggle for the Senate President is playing out, the APC might need to apply caution in the process so as to avoid anything that may lead to a crack in the wall of the party.