The pressure continued to mount at the parallel market segment of the Nigerian foreign exchange market as the weakened to N460 against the dollar on Tuesday from N450/$ it traded the previous day.

According to abokifx.com, the local currency also weakened against the pound and euro, which were sold N540 and N465 respectively.

The Investors and Exporters (I&E) FX window opened at N388.00, traded high at N390.69 and eventually closed at N386.33, to remain unchanged as against yesterday’s closing position.

A total of $40.28 million was transacted through the I&E window.

The Naira at the official window on Thursday closed unchanged at 361.00/$1, against yesterday’s position. 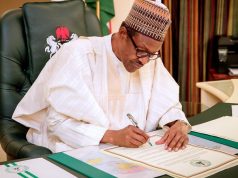