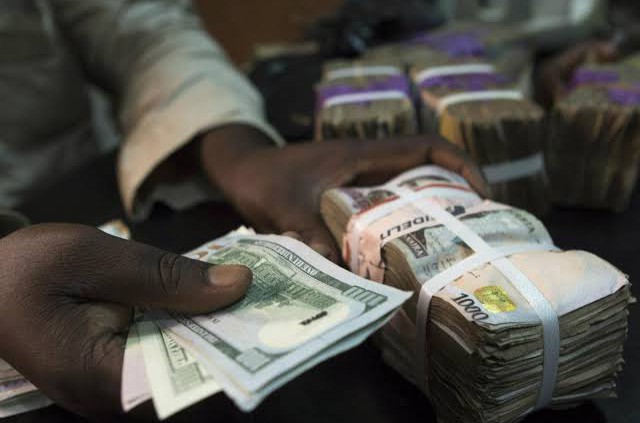 The Nigerian naira, has hit a new low exchanging for N540 against the dollar, at the parallel market on Thursday.

This is barely a week after the naira exchanged for N530 against the dollar, at the parallel market.

The naira also dipped to 720 against the pound at the parallel market from 717/£1 last week Wednesday, while the euro rose to N620 from N616.

The Central Bank of Nigeria some months ago barred the sale of forex to all bureau de change operators across the country.

On June 27, 2021, the CBN ended the sales of Forex to BDCs saying the parallel market had become a conduit for illicit Forex flows and graft.

The CBN said it would also no longer process applications for BDC licences in the country.

The Committee of Banks Chief Executive Officer headed by the CEO of Access Bank, Herbert Wigwe, had stated on July 29 that the exchange rate would drop to around N423 to the dollar on the parallel market.