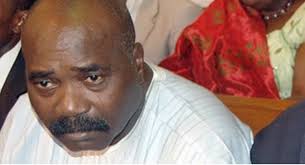 They were arraigned on an 81-count charge bordering on money laundering, misappropriation of funds, conspiracy and abuse of office.

Other persons mentioned in the case are – a younger brother to the former governor, Micheal, Patrick Eboigbodin and their four companies.

The crime was committed when Igbinedion was Governor of Edo State between 1999 and 2007.

He was earlier freed by the court but an appeal court ruling reverted the case to the lower court, insisting that the ex-governor has a case to answer.

Delivery of judgment in the case had been shifted severally.

Judgment was fixed for January 30 but was not delivered due to iill-health of the trial Judge.

It was again fixed for April 17 but it was postponed to April 20 because of the Judge’ Easter vacation.

In a related development, Justice Ahmed Mohammed of the Federal High Court, Abuja, has deferred ruling in the criminal case involving former Bayelsa State governor, Timipreye Sylva and three others to May 14.

Sylva was charged with Francis Okokwo, Gbenga Balogun, and Samuel Ogbuku by the Economic and Financial Crimes Commission (EFCC) for allegedly using three companies – Marlin Maritime Limited, Eat Catering Services Limited, and Haloween-Blue Construction and Logistics Limited to move about N19.2 billion from Bayelsa State coffers between 2009 and 2012, under false pretence of using the withdrawn money to augment salaries of the state government workers.