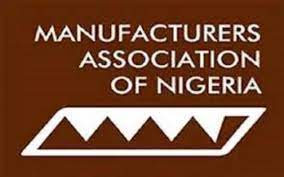 The Manufacturers Association of Nigeria (MAN) and the Nigerian Association of Chambers of Commerce, Industry, Mines, and Agriculture (NACCIMA) have warned that the recent upward adjustment of the benchmark interest rate by the Central Bank of Nigeria (CBN) will push up prices of products.

MAN in a statement signed by its Director-General, Segun Ajayi-Kadir, noted that the increase in the Monetary Policy Rate (MPR) and the Cash Reserve Ratio (CRR) have negative implications for the manufacturing sector.

According to the statement, in consideration of the prevailing scenario around increase in interest rate and access to funds, tougher times were ahead for the productive sector.

The group noted that the increase in MPR from 14 per cent to 15.5 per cent would rub off negatively on other rates and dash the hope for a single-digit lending rate for the productive sector of the economy.

The apex association of manufacturers also said that the recent development would lead to increased cost of borrowing by manufacturers, further beyond the double-digit rate, which would disincentivise new investments in the sector.

The statement read in part, “The observed continuous contractionary monetary policy posture without complimentary fiscal support may not effectively reduce the prevailing inflationary pressure on the economy. This is not unconnected with the fact that the current increase in consumer price index as reported by NBS is not largely driven by monetary phenomenon, as self-inflicted weak foreign exchange rate management can be linked to the pressure.”

MAN said it was hopeful that the CBN would creatively go beyond the conventional monetary management system, because global economic dynamics were changing and conventional measures might no longer be effective.

The statement further read, “It is important that the monetary authority strategically set in motion mechanism for holistic balancing of the real interest rate, which is critical to investment and not just following leading economies to adjust Interest rate without considering domestic peculiarities.”

On its part, NACCIMA described the decision of the Monetary Policy Committee of the Central Bank of Nigeria as unidirectional and one that would negatively affect both businesses and individuals.

It noted that the manufacturing sector was already facing several obstacles, including high exchange rates, forex scarcity, currency depreciation, the cost of diesel, and insecurity.

The statement partly read, “The persistent increase in interest rates may not be sufficient to reduce the inflation rate. We feel that this is primarily a strategy to manage inflation and does not address the underlying cause of inflation, which is the rising food costs caused by several variables, including the devaluation of the Naira and the cost of energy, which has impacted production and transportation.”

According to NACCIMA, the survival of most small and medium-sized businesses was threatened by the rising costs of capital and production, resulting in an increase in the price of finished items.

The statement also noted that due to higher interest rates, it would be more challenging for businesses to repay their loans, and the majority could be threatened with insolvency.