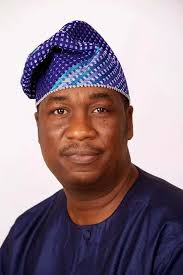 Lagos State Government said it has altered the initial alignment of the proposed 4th Mainland bridge by moving it to another axis in order to avoid demolition of about 69 buildings.

Commissioner for Works and Infrastructure, Dr. Obafemi Hamzat, who disclosed this Thursday while briefing journalists, said the government had to reconsider it because the damages would attract huge amount of compensation.

Hamzat informed that some resident of the state moved into the alignment and erected massive structure that would milk the state in terms of compensation hence the alignment has to be shifted.

“We did a survey to establish the right of way. We looked at various options. The option that seems best for us has about 4km of bridge on the water. Unfortunately, when we started the survey and enumeration, a lot of people have built unbelievable number of buildings.

“I think people were speculative in anticipation of the bridge. I think the demolition we have to do is now about 69 buildings, so we have to rethink, the amount of compensation will run into billions if we have to do that.”

Affirming the government’s commitment to ensuring the construction of the Bridge, Hamzat said a new alignment is currently being outlined, taking into consideration the Lekki Free Zone and other multinational companies coming into the axis.

He said, “Dangote Petroleum Refinery is also coming up, so we are considering the one which makes sense to build. The alignment will shift, it will not be the same alignment again, so you can call it Fourth Mainland or whatever, the idea is that if it was here before, because of these buildings , demolitions will be much, some of them don’t have building plans, but they are massive buildings and it would be really bad to demolish them.

So, really we don’t intend to do that (demolish) so the idea is to move the alignment now so that people don’t start going there to build again.

Outlining some road projects undertaken by the Ministry of Works and Infrastructure, Hamzat said a total of 281 roads were constructed, rehabilitated and delivered within the last four years while 201‎ road constructions are ongoing across the state.

He listed litigation, and limited funds as some challenges faced by the ministry in discharging its duties.

He said it was not in the character of the state government to abandon projects half way, noting that some technical challenges encountered during the course of construction affects project delivery.