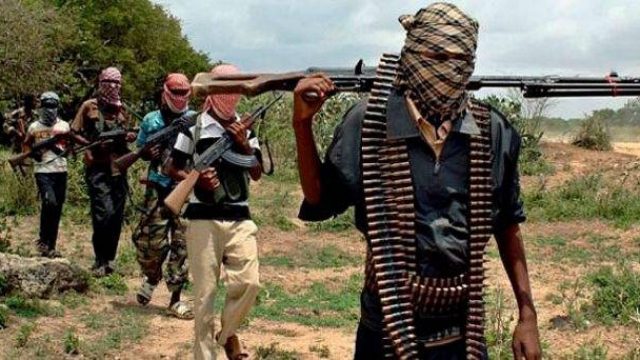 A wireless message sent by 29 Task Force Brigade and seen by Peoples Gazette stated that the soldiers, identified as Bello Abubakar and Oyediran Adedotun were kidnapped while traveling to Kano, in a civilian vehicle at about 5:07 p.m. on Saturday.

It was reported that passengers in the vehicle alerted the army base in Mainok, having observed the driver’s suspicious behaviour and his familiarity with the bandits.

It was believed that the bandits operated based on information relayed to them by the driver, the signal message said.

The driver and vehicle were also immediately apprehended and are in the army’s custody.

“The soldiers were on pass when the incident occurred. Liaison with Sect 2 MIB revealed that a SAR operation is being conducted while the driver of the bus in which the soldiers were traveling is suspected to be a prime suspect in the incident due to some indicators. He has been arrested by troops and is undergoing investigation,” the army document stated.

The troops were said to have dominated the Mada/Matari area with no further contact.

Mr Abubakar’s identity card and wallet were found in the vehicle, but the army was unable to discover the whereabouts of the soldiers and other passengers.

Mr Fatai was shot dead at about 9:12 p.m. on July 22, at Igbogene Junction in Yenagoa local government area of Bayelsa, where he resided, according to preliminary investigations by the army.

Earlier in April, some gunmen stormed Onipe village along the Ijebu-Ode-Ibadan road in Oluyole local government area of Ibadan, kidnapping one female soldier, Bola Ogunrinde, and two other women.

Mrs Ogunrinde was kidnapped while driving a Toyota RAV-4, with registration number AGL 66 FY in the area.