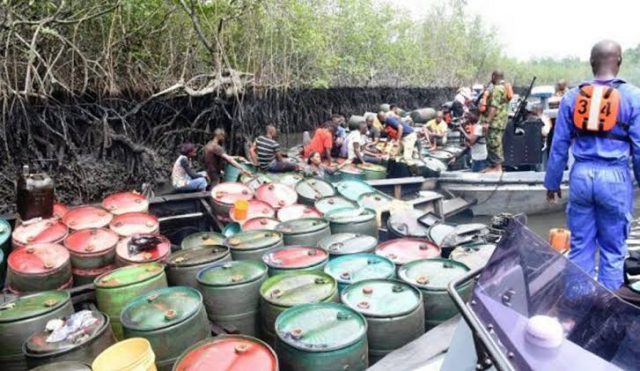 The Federal Government has said that more international oil companies operating in Nigeria are going to divest from onshore oil and gas assets due to poor earnings caused by the massive crude oil theft across the country.

The Chief Executive, Nigeria Upstream Petroleum Regulatory Commission (NUPRC), Gbenga Komolafe, disclosed this at the Energy and Labour Summit of the Petroleum and Natural Gas Senior Staff Association of Nigeria in Abuja on Tuesday.

Komolafe also pointed out that the development would lead to job losses in the oil sector, but called on indigenous oil companies to take advantage of this to recruit professionals and grow in-country capacity.

“Fundamentally, it is important to note that within the next few years, most IOCs shall divest from onshore oil and gas assets due to poor return on investment as a result of crude oil theft, and this may pose threat to job security,” Komolafe, stated.

He further said, “However, it is expected that indigenous players would leverage on this to recruit experienced professionals who will in turn grow local capacity.

“In addition, indigenous players are urged to take advantage of the predictable licensing rounds as enshrined in the Petroleum Industry Act and relevant regulations to form mega companies that will grow in-country capacity and also expand outside the shores of Nigeria.”

Komalafe, who delivered the keynote address titled, “Energy Transition and its Effects on the Nigerian Workforce,” told the audience that energy transition was valid, but noted that the timing was uncertain.

“We are very aware that energy transition may threaten job security and stifle investment in the Nigerian oil and gas industry,” he said.

The NUPRC boss added, “However, I align fully with the policy of the government which is hinged on ensuring that we utilise our huge gas resources as a transition fuel towards cleaner energy sources.”

He noted that the government must utilise its hydrocarbon resource for industrialisation and economic growth.

Earlier, the Nigerian National Petroleum Company Limited had observed that there was currently a high level of discrimination against investments in fossil fuels, including oil and gas, due to the global push for energy transition.

He said, “We have seen investment discrimination against fossil fuels. The consequence of that is that we are only producing from investments that we had made in the past. And that decision is going to lead to a very short supply of fossil fuel for tomorrow.

“That will lead to significant disruption, but that disruption presents an opportunity for industries such as ours.”

In his address at the summit, the President, PENGASSAN, Festus Osifo, said since the workforce in the oil and gas sector would be affected by energy transition, it was important to discuss this.

Osifo said, “It is based on this that we felt that as PENGASSAN, we should start thinking of how this is going to affect our workforce, which is the most priceless asset in the oil and gas value chain, which is the human capital.”