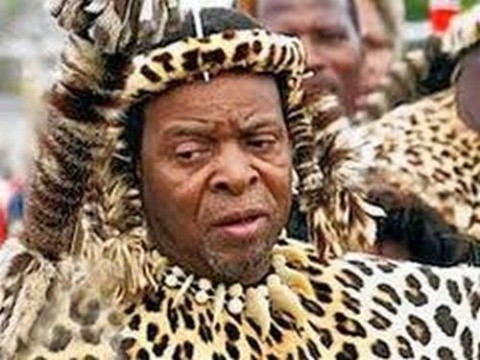 The Office of the Prosecutor of the International Criminal Court has decided to probe the xenophobic attacks against Nigerians and other African citizens in South Africa Following a petition from Socio-Economic Rights and Accountability Project (SERAP).

This development was disclosed in a statement today by SERAP’s Executive Director Adetokunbo Mumuni.

SERAP had in a petition dated 23 April 2015 and sent to the Court requested the Prosecutor Mrs. Fatou Bensouda to use her “good offices and position to investigate allegations of hate speech by the Zulu King Goodwill Zwelithini, which has resulted in killing, violence and discrimination against Nigerians and other African citizens living in South Africa, as well as the complicity/negligence of the country’s law enforcement agencies to prevent these crimes against civilian population.”

In response, the ICC in a letter dated 28 April 2015, and signed by M.P. Dillon, Head of Information & Evidence Unit of the Office of the Prosecutor said, “The Office of the Prosecutor of the International Criminal Court acknowledges receipt of your documents. This communication has been duly entered in the Communications Register of the Office. We will give consideration to this communication, as appropriate, in accordance with the provisions of the Rome Statute of the International Criminal Court. As soon as a decision is reached, we will inform you, in writing, and provide you with reasons for this decision.”

SERAP in its petition had urged Mrs Bensouda to “bring to justice anyone who is responsible for these international crimes prohibited under the Rome Statute of the International Criminal Court.”

SERAP also said that it “considers the use of speech by the Zulu King to promote hatred and/or incite violence against non-nationals such as Nigerians, particularly in the media as a clear violation of the provisions of the Rome Statute of International Criminal Court.

“Grave statements by political leaders/prominent people that express discrimination and cause violence against non-nationals cannot be justified under any law. This hate speech generated fear and hatred that created the conditions for violence and discrimination against Nigerians and other African citizens. SERAP believes that this has given rise to individual criminal responsibility under the Rome Statute of the International Criminal Court,” the organisation said.

The organisation argued that, “the statement by the Zulu King amounts to a harmful form of expression which incites or otherwise promotes hatred, discrimination, violence and intolerance. We are seriously concerned that crimes against humanity are often accompanied or preceded by the kind of statement made by the Zulu King.”

“Once the climate of violence has been created, direct and public incitement to crimes builds on it, exacerbating the situation by further heating up passions and directing South Africans’ hatred towards non-nationals such as Nigerians. Hate speech by King Zulu is legally tied to contemporaneous, large-scale violence and inhumane and discriminatory treatment of Nigerians and other African citizens,” the organisation also argued.

The organisation also said that, “The statement by the Zulu King has contributed to a climate of fear, demonization and dehumanization of Nigerians and other African citizens, thus violating their human dignity through humiliation and expulsion from the human community. SERAP is seriously concerned that hate speech by the Zulu King amounts to crime against humanity of persecution and has directly contributed to an infringement of the right to life, equality and non-discrimination of Nigerians and other African citizens.”

“The statement by the Zulu King and the apparent complicity/negligence by the country’s law enforcement agencies to prevent the violence and discrimination has contributed to the level of persecution against Nigerians and other African citizens. According to Professor Bassiouni, persecution in this instance is “a state action leading to the infliction upon an individual of harassment, torment, oppression, or discriminatory measures, designed to or likely to produce physical or mental suffering or economic harm, because of the victims’ beliefs, views, or membership in a given identifiable group (such as non-nationals),” the organisation also said.

The petition further read:
“In the Mugesera case, the Canadian Supreme Court held that hate speech may constitute persecution, even if it does not result in the commission of acts of violence. In arriving at this conclusion, the court considered that a link was demonstrated between the speech at issue and the widespread or systematic attack against the civilian population. Thus, the post-World War II jurisprudence generally establishes that hate speech not urging an audience to commit imminent violence can constitute persecution.”

“The government does not have the political will to bring those suspected to be responsible for crimes under international law to justice. Given the complicity/negligence by the country’s law enforcement agencies to prevent the violence, killing and discrimination, it is unlikely that the government will take any serious action to bring perpetrators to justice.”

“Without accountability for these serious human rights crimes, the victims will continue to be denied access to justice, and impunity of perpetrators will remain widespread and the result will continue to be a vicious cycle of violence and discrimination against Nigerians and other African citizens living in South Africa.”

“SERAP believes that substantial grounds exist to warrant the intervention of the Prosecutor in this case. Under Article 17 of the Rome Statute, the Court is a court of last resort, expected to exercise its jurisdiction only if states themselves are unwilling or unable genuinely to investigate and prosecute international crimes. Also, pursuant to the Rome Statute, the Prosecutor has power to intervene in a situation under the jurisdiction of the Court if the Security Council or states parties refer a situation or if information is provided from other sources such as the information SERAP is providing in this case.”

On the basis of the above, SERAP asks you to:
Urgently commence an investigation proprio motu on the allegations of hate speech and the accompanying killing, violence and discrimination against Nigerians and other African citizens living in South Africa, with a view to determining whether these amount to international crimes within the Court’s jurisdiction. In this respect, we also urge you to invite representatives of the South African government to provide written or oral testimony at the seat of the Court, so that the Prosecutor is able to conclude on the basis of available information whether there is a reasonable basis for an investigation, and to submit a request to the Pre-Trial Chamber for authorization of an investigation.
Bring to justice those suspected to be responsible for serious human rights crimes in South Africa.
Urge the South African government to fulfil its obligations under the Rome Statute to cooperate with the ICC; including complying with your requests to arrest and surrender suspected perpetrators of international crimes, take testimony, and provide other support to the ICC.
It would be recalled that while addressing Pongolo community members during a moral regeneration event recently, Zwelithini reportedly said, “Most government leaders do not want to speak out on this matter because they are scared of losing votes.  As the king of the Zulu nation, I cannot tolerate a situation where we are being led by leaders with no views whatsoever. We are requesting those who come from outside to please go back to their countries. The fact that there were countries that played a role in the country’s struggle for liberation should not be used as an excuse to create a situation where foreigners are allowed to inconvenience locals. I know you were in their countries during the struggle for liberation. But the fact of the matter is you did not set up businesses in their countries.”

Zwelithini, who spoke from a prepared speech, made the remarks in the presence of Police Minister Nathi Nhleko.