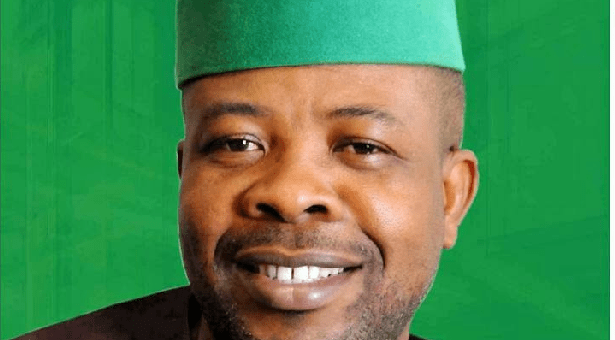 The biggest casualty of the President Goodluck Jonathan’s defeat in the presidential poll may have been Emeka Ihedioha, the Peoples Democratic Party governorship candidate for Imo state, who thought he had everything going for him in the state. ORI MARTINS reports

Besides the allegations by the Peoples Democratic Party, PDP, in Imo state that the ruling party in the state, the All Progressives Congress, APC, manipulated the outcome of the last governorship election to favour it, investigations have revealed why Governor Rochas Okorocha was returned for a second term in office. In doing so,  he defeated his main rival, the Deputy Speaker of the House of Representatives, Emeka Ihedioha. Okorocha, according to the results released by the Independent National Electoral Commission, INEC, in the state after a supplementary election scored 416,996 votes to defeat Ihedioha who scored 320,705 votes. This result has positioned Imo as the only APC state in the South East. What are the factors that led to Ihedioha’s defeat?

It can be correctly argued that Ihedioha was the biggest casualty of the fall of President Goodluck Jonathan among the governorship candidates in the South East. According to the results of the March 28 presidential and National Assembly elections, the PDP in Imo state led by Ihedioha, won all the three senatorial seats and clinched eight out of the 10 House of Representatives positions in Imo state. Unfortunately, the election of that day did not favour Jonathan and it had a negative impact on the PDP governorship candidate two weeks after.

“The truth is that we felt like a command whose commander was declared missing and when you face such an ugly situation, it is not always easy to recover and that is what exactly affected us on April 11. The fact that President Jonathan did not return two weeks earlier caused so much psychological trauma to the PDP, especially in a state like Imo where the ruling governor is of the APC. The election of Buhari gave Okorocha more courage while it discouraged those of us in the PDP”, a party stalwart stressed.

After the Imo state governorship results were released by INEC in the state, Ihedioha was hugely disappointed and surprised at how his most reliable associates and partners failed abysmally even in their booths. The gazette of result indicated that all of Chief Emmanuel Iwuanyanwu, Senator-elect Sam Daddy Anyanwu (Ikeduru); Chris Asoluka (Owerri West); Kema Chikwe (Owerri North); Chris Okewulonu, the Campaign DG (Obowo); Chuma Nnaji, running mate (Njaba); Achike Udenwa (Orlu) and the PDP chairman in the state, Nnanna Anyahie all lost in their booths, wards and LGAs respectively.

The point according to a PDP stalwart who does not want his name in print is that; “I can tell you that the PDP did not lose the Imo 2015 governorship election; we were robbe of victory by a high level of betrayal and I want the party to investigate it”. It is said that most PDP leaders in the state did a dramatic u-turn once it became obvious that the party had lost at the centre. Not ready to play the opposition, most of the members resolved to play along with the APC by joining forces to stop Ihedioha.

One factor that reportedly worked for Okorocha was his crusade to the effect that he had only one tenure of four years, while Ihedioha would spend two tenures of four years each, thus, it was politically wise and better for Imo PDP bigwigs who are interested in the governorship position of the state to team up with him for just four years than to support Ihedioha who would go for all the eight years stretch. Of course, that looked attractive and most of the PDP leaders like Jerry Chukwueke, Humphrey Anumodu and a lot of others switched over to Okorocha’s camp and that did the magic for him on the Election Day.

One of the propaganda that the APC employed against Ihedioha was the allegation that the PDP candidate was hell bent on executing an Mbaise project if he was eventually elected as the Imo governor. The APC and Okorocha engaged people from Ngor Okpala to support this propaganda by agreeing that all of Ihedioha’s achievements in his 12 years outing as member representing Aboh Mbaise and Ngor Okpala were located in his Mbaise area. Okorocha took this campaign to a new height when he visited Aboh Mbaise in the heat of the electioneering and boasted that his commissioners of Information, Finance and Transport were all from Mbaise, even as his Campaign DG and his SSA media were all Mbaise natives. This made some Mbaise voters to start asking the question; “what actually did Ihedioha do for us in his capacity as member of the House of Representatives in the 12 years he stayed there and even as Deputy Speaker?”

On the day Okorocha was declared winner, some members of the public were heard arguing “how would it have been told that the other Owerri zones stood akimbo and allowed Mbaise to first pick an allocation meant for the zone?” In other words, these people voted for Okorocha based on the anti-Mbaise sentiment represented by Ihedioha rather than on the fact that the APC candidate was better. Up till now, the Mbaise clan is looked upon derogatorily by their other kith and kin from the other Igbo communities and this affected Ihedioha in no small measure.

Senator Ifeanyi Araraume was elected as the PDP governorship candidate in Imo State in 2007. But so many factors combined to deny him that ticket and since then, the politician from Okigwe zone has vowed never to allow PDP win any governorship election until the party redresses the anomaly it meted out on him. Thus, in 2007, Araraume went to court to challenge the PDP decision to deny him the governorship ticket and he won. Overnight, the party shifted its support to the PPA candidate, Chief Ikedi Ohakim and he won the election.

Midway, Ohakim decamped to the PDP for the 2011 governorship election where he sought a re-election but Araraume’s challenge and counter moves denied Ohakim a second term and it was that battle that ensured the election of Okorocha on the platform of APGA. Again in 2015, Araraume cried foul, insisting that the PDP again, robbed him the party governorship ticket to favour Ihedioha, the Deputy Speaker. He again moved to stop PDP from wining the governorship election by entering into alliance with Okorocha who had undisclosed deals with the former Senate Committee Chairman on NDDC. As the story goes, Araraume thereafter urged his supporters to vote for Okorocha and the APC. The fact that Okorocha who emerged victorious after the supplementary election described Araraume as the hero of Imo democracy goes a long way to confirm that he benefitted from the Senator’s political goodwill, against his own PDP. Therefore, it can be deduced that Araraume played a role in the defeat of Ihedioha and the PDP.

According to a report made available to Hallmark, “Okorocha is a man highly admired in Imo state by the common man owing to his people friendly projects. He is more accessible than previous governors in the state. He is so adored by the common man and his closeness to them can be seen from his popular refrain; “My people, My People” for which his “people” always reciprocate with shouts of “My Governor, My Governor”. On the street of Imo, an average man will always have something nice to say about Rochas. Imolites voted Rochas as a person and not APC; after all he defeated a sitting PDP governor (Ohakim) under the platform of APGA in 2011. The massive hate propaganda was believed to have emanated from Imo elites who the governor prevented from dipping into the state funds, like they were doing with previous administrations before him.” It was these people who voted for Okorocha on the belief that Imo would benefit since it is in the mainstream.