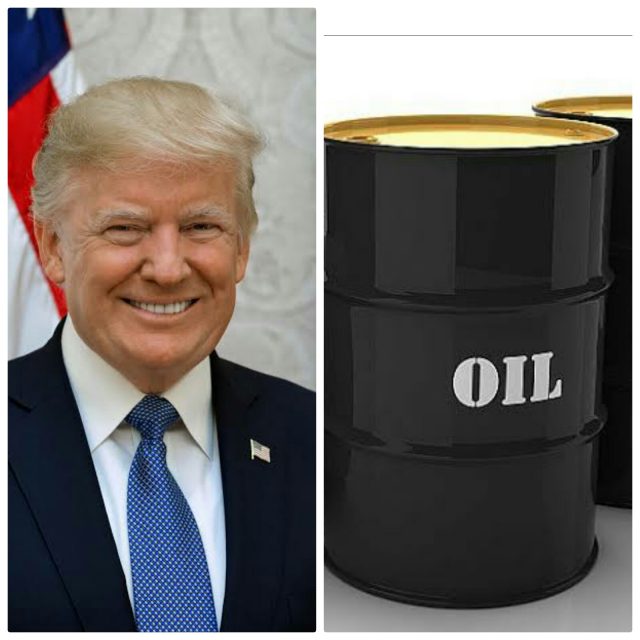 If all goes according to the projection of United States President, Donald Trump, oil price could soon upturn current rapid fall, meaning that for Nigeria and other oil dependent countries, the economy may no longer be all gloom and doom as being projected.

Apart from the Coronavirus pandemic which has shut down many countries, the disagreement between leading crude oil exporters, Saudi Arabia and Russia over supply cuts, which had led to glut in the market, accounted largely for the rapid fall in the global oil price.

That, however, may change soon as Trump has indicated that there might be a breakthrough in talks between the leading exporters to cut supply by as much as 10 million to 15 million barrels.

“Just spoke to my friend MBS (Crown Prince) of Saudi Arabia, who spoke with President Putin of Russia, & I expect & hope that they will be cutting back approximately 10 Million Barrels, and maybe substantially more which, if it happens, will be GREAT for the oil & gas industry!” Trump tweeted on Thursday. 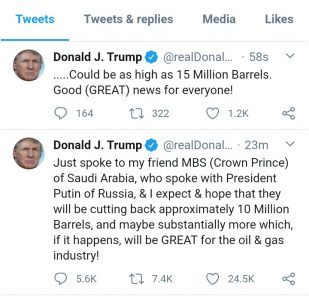 Possible supply cut will be much cherished good news for Nigeria as it means the price of crude may rise, even as the country could now find buyers for her products currently stranded on the high seas.

Oil remains the major foreign exchange earner for the country, accounting for 95 percent of external revenue. The collapse of oil price in the global market had put the naira under pressure, prompting fears of massive erosion of its value, even as the economy has been on tailspin.

This could, however, change with Russia and Saudi Arabia reaching an agreement to cut supply as indicated by Trump.