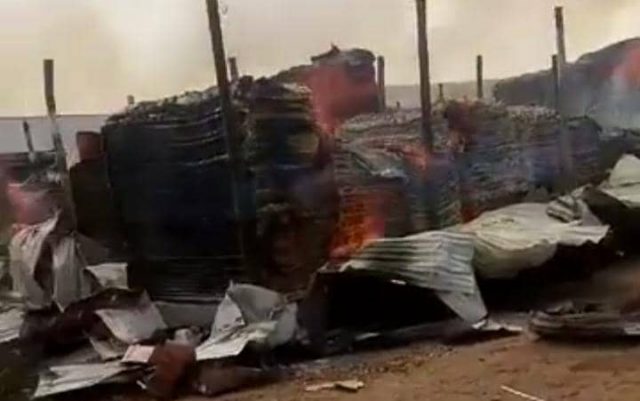 Hoodlums said to be Okada riders on Wednesday attacked traders at Dei Dei market in a community in Abuja Municipal Area Council (AMAC) of the Federal Capital Territory (FCT).

Some witnesses said about five persons died in the incident.

Reports said an accident involving a bike man led to the break down of law and order in the community.

During the riot, several persons were seen with what appeared to be machetes, while shops were razed and vehicles and motorcycles destroyed.

Several traders were seen trying to salvage some of their goods, while some youths were also seen running about in the market.

The chaos affected vehicular movement, while pedestrians fled for safety.

However, as of the time of this report, operatives of the fire service had arrived the market and are trying to control the inferno.